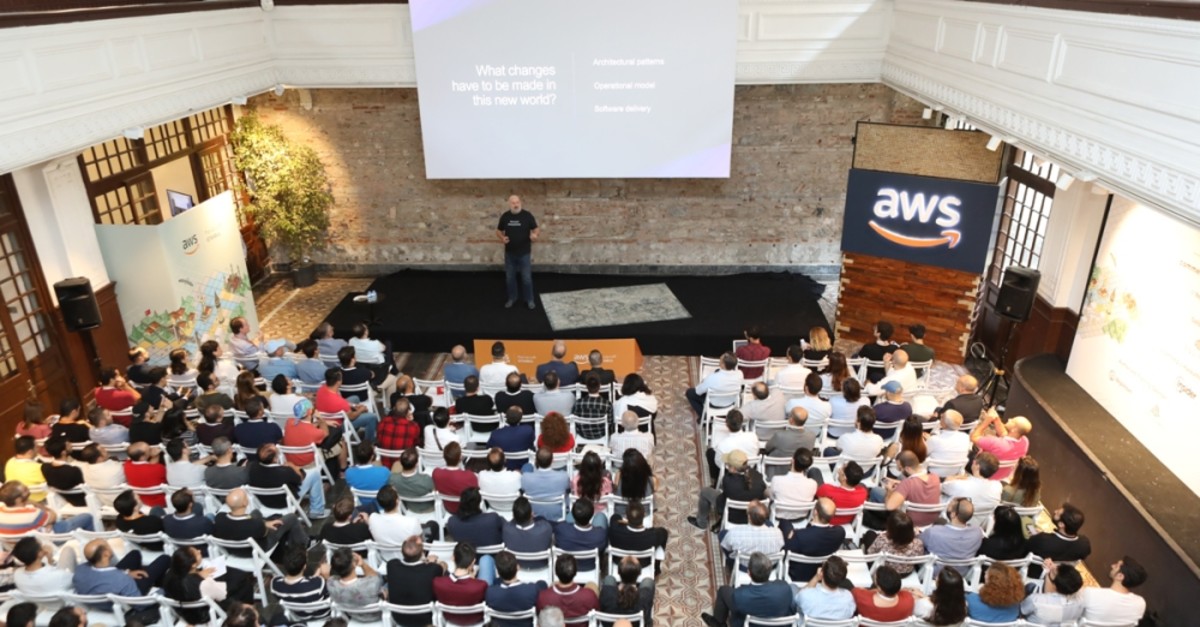 Contrary to expectations, Werner Vogels, the architect of cloud computing and CTO of Amazon, says it would be better for the business world and entrepreneurs if they focus on their own businesses, not on technology, and spend less

Werner Vogels, vice president and chief technology officer (CTO) at Amazon, which developed disruptive digital transformation projects and cloud technology, spoke to software developers, entrepreneurs and organizations at the Pop-Up Loft event in Istanbul organized by Amazon Web Services (AWS). Vogels, also known as the father of cloud computing due to his contributions to cloud technology, answered our questions after the event. One of Vogels' main messages at the time when everyone was using new technologies was that institutions should focus on their business, not technology. Another important issue that Vogels underlined was that the less money spent on information technology and more directly on their own business, the better results they would get.

Amazon's largest and fastest-growing company in profitability, Amazon Web Services, is actually the part of the company under the iceberg. Bringing together 53 participants last year at the Re-Invent event, which gathers software developers from all over the world every year, AWS launched Turkey's first Pop-Up Loft, which provides technology startups, businesses and AWS enthusiasts with free activities, training workshops and events.

"If everyone has the same Information Technology, IT is far from being competitive. Therefore, the less time you spend on information technology, the better. Because during this time, you are stealing from your time to focus on what makes you unique as a business. So, in terms of democratization, what the cloud does is make sure that everyone has access to the same technologies," he continued. "Whether you are a young company or a homogeneous and old business, you can have the same storage, the same virtual machines, the same databases, the same container environment, the same servers, the same analytics, and mobile capabilities. All of them are identified, and cloud technology has really democratized this world."

Vogels pointed to two things that make companies successful, namely the unique things you know and apply and data you have. "I believe that what separates companies is the data they collect and how they use it to analyze and make decisions. When we look at gaming companies like Peak Games, Epic Games that created Fortnite, or Supercell, they all have big data fed by all players. They use this data to develop games in addition to creating them in real-time or performing traditional data analytics," Vogels said. "Game companies are just one example, and this is true for almost every company. We are building an 'Industrial Cloud' to link Volkswagen and 16 different factories and provide a holistic view of what is going on in the business. The resulting data can be used to enhance security, improve new product development and increase productivity. All such issues are important to companies, and companies need to make sure they have the right data to achieve this."

When I asked Vogels about his favorite startup, he gave examples from the video series he started a while ago, which he called "Now Go Build with Werner Vogels," telling stories of socially influential startups from around the world. "In the 'Now Go Build' TV series, I am talking to startups around the world trying to solve really difficult problems. In one of them, we dealt with Hara Token, a Jakarta-based startup," Vogels said. "This startup provides an ID service that enables the poorest farms in Indonesia to receive loans from banks. Thanks to their innovative ecosystem, the technology that they have developed brings small rice producers together with financial services companies. In another episode, I went to Bergen, Norway, and met the founder of Aquabyte, which uses artificial intelligence in salmon farming. I saw how they followed a salmon using a camera and Machine Learning to understand how it grew."

Bilkom, with its annual product distribution reaching 2.5 million units, makes its distribution network in stores via digital shelves and collaborations with startups such as Vispera that uses artificial intelligence technology in Planogram software.

E-commerce has irrevocably changed the physical conditions of shopping. However, the conversion in the store continues at a rapid pace. It is now a must to use technologies such as the Internet of Things (IoT), Big Data, Machine Learning and Artificial Intelligence (AI) to manage the retail chain. Acting with the goal of rapid growth, Bilkom manages its product distribution reaching up to 2.5 million units annually via shelves, not stores.

Since digitalization is inevitable in changing competitive conditions, Bilkom General Manager Fikret Ballıkaya underlined the importance of digital investments in the development of the value-added distributorship model. "We treat business partners as a consultant and suppliers with experience as a reliable partner. The proactive, fast and efficient business model, fed by digital transformation strategies, ensures the end-to-end management of the supply chain in the most efficient manner," Ballıkaya added. 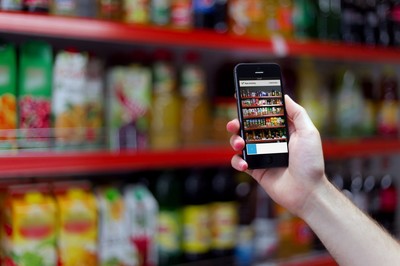 Bilkom's shelf management processes consist of software that monitors the product sequence (planogram) on the shelves and categorizing and exhibiting products according to certain rules. The ability to easily find the product on the shelf is part of a good customer experience just as making the opportunities for consumers visible is part of the business. Bilkom has combined existing planograms with technology offered by Vispera to measure the performance of shelves and to provide faster and accurate shelf array with fewer resources. And thus, Bilkom has become the first brand that manages its shelves digitally in electronic retail.

In fact, the entire product shelf array is being monitored with a digital shelf. Digital shelves are continuously monitored. At this stage, the system is moving manually over the application installed on mobile phones. Bilkom firstly transmits to Vispera the shelf layout (planogram) specially prepared for each store. Before the system was used, a Bilkom regional salesperson who went to the store was looking at the planogram in his/her hand and checking the suitability of the shelf. Now the salesperson takes a photo of the shelf and uploads it to the application. Thanks to image recognition technology, the system finds differences by comparing planograms and photographs and warns the salesperson about missing or incorrectly placed products on the shelf.

The system has been used in Teknosa stores since the beginning of 2019. The results of the project, which is used in 30 stores and about 400 meters of shelves, are quite remarkable.

According to results obtained in three months on 300 products monitored, sales of accessories on digitally managed shelves increased by 120%, product availability on shelves by 60%, the ratio of shelves in accordance with the planogram by 62%, customer satisfaction by 60% and personnel productivity by 87%. In the old system, a salesperson used to spend 2 to 3 hours to determine the suitability of the shelf to the planogram and to make it correct, but the system now allows eight stores to be inspected in the time spent for just one store. Image recognition technology automatically processes the shelf images taken in the store and turns them into detailed counting reports and performance metrics. In this way, the shelves, which used to be tracked backward for a maximum of one month, can now be reported with the whole past period.

Focusing on first aid systems to be used in new-generation vehicles, Türk Telekom starts to offer special solutions for e-SIM and e-CALL technologies. 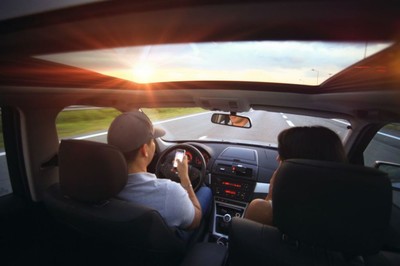 "We are ready to offer e-CALL technology that will revolutionize the development of new generation vehicles and save human life," Türk Telekom Technology Assistant General Manager Yusuf Kıraç said.

Kıraç said that they are aiming to implement the e-SIM technology at the beginning of next year, which they expect to contribute greatly to the increase in the number of vehicles connected along with the benefits provided to the consumer and IoT areas.

"Türk Telekom carries out all efforts for the installation of e-SIM technology in a way to accommodate the necessary servers within the country's borders," Kıraç continued. "By positioning all our work on e-SIM technology and servers within Turkey, we will support the increase in the number of connected vehicles and thus accelerate digitalization. In doing so, we will ensure Turkey's national data security. Developing innovative and ground-breaking digital products and services, Türk Telekom has made great contributions to Turkey's digital transformation journey and will continue to offer the most advanced and newest customer experiences to citizens and corporations with e-SIM and e-CALL technologies as it does in every field it operates."