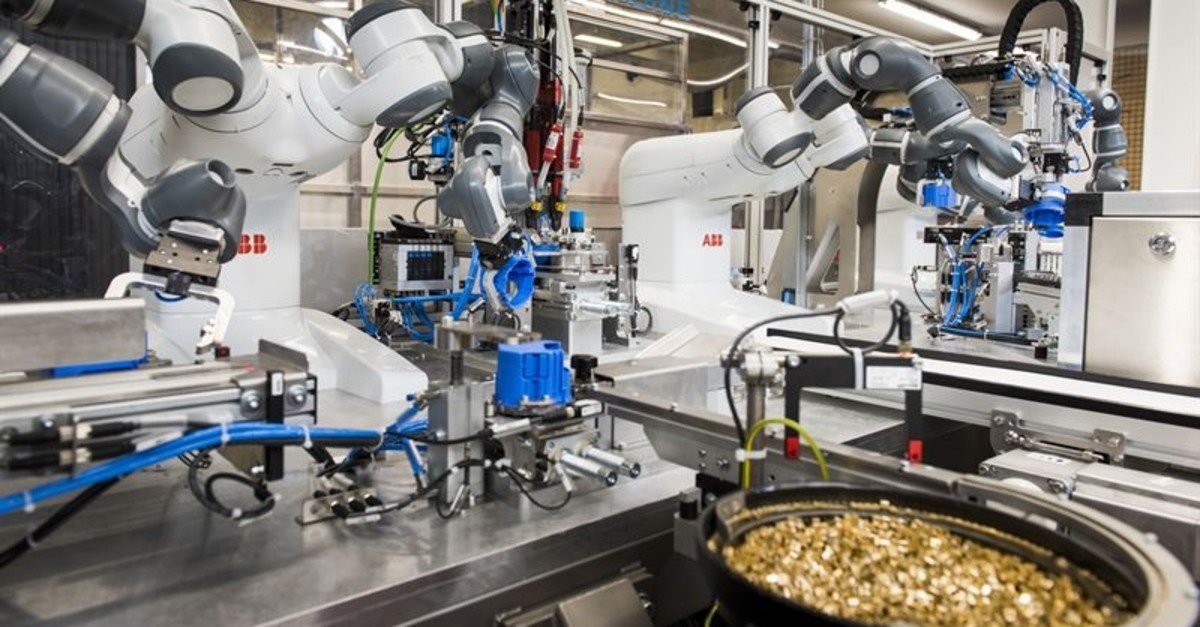 Latest generation of industrial robots have the ability to learn but is not literally AI.
by Şule Güner Oct 02, 2019 12:33 am

Robotics is an important driving force in Industry 4.0, and Turkey is eyeing a huge jump in its robotics systems to keep up with the trend

Robotic systems are one of the most significant elements accelerating the country's economy toward Industry 4.0. Turkey, having a voice in this competition, aims to increase robot use and its density in the region it's involved in. Prominent Switzerland-based robot producer ABB, which is considered one of the cornerstones of the International Federation of Robotics, laid the foundation of a new company in China on Sept. 11., with the slogan "Robots will teach robots to work."

As the world advances through robotization, we spoke with ABB Turkey's Robotics and Manufacturing Automation Group Head Emre Tural about Turkey's potential.

Automotive can be in top 10

Noting that average robot numbers increased 80-90 for every 10,000 workers in the last few years, Tural stated that the leading sector in Turkey is the automotive sector followed by the food sector. "When you look at the numbers in Turkey, the average is around 20. This is the average of all sectors. However, automotive has a different place. The average in the automotive sector is about 200. Therefore, automotive shows how competitive it is in the world. It is not in the top 20 in Turkey now but the automotive sector can make Turkey one of the top 10 in this field in the world," Tural said. Stating that the last generation industrial robots do not totally have artificial intelligence (AI) technology, Tural added, "They have the ability of learning but it is not literally AI. However, they can do many things in the background. For example, they can keep all data in the service part in the cloud, learn this data and integrate it into robots. There are connected services that follow working conditions and situations of the robot. Besides, they also document when the robot has a functional problem to the operator, and if the customer approves, to ABB and conducts functions like taking necessary actions about the problem. All robot companies make their investment in it."

Mentioning that Turkey imported 2,267 robots last year, Tural said that following the secondhand and thirdhand market with this import is difficult. "We cannot follow the second or thirdhand numbers as the number of robots. We follow them as kilograms, pallet and volume. According to the legislation in the customs union, if it is passed as a robot, one ton of material also passes as a robot. One hundred tons of material is also a robot.

Therefore, it is not possible to collect data on the secondhand and thirdhand market. According to the International Federation of Robotics (IFR), there are about 13,000-14,000 operational robots in Turkey. Second-hand ones or the ones that cannot be followed are removed from this number."

Tural thinks that Turkey should start from producers that are mechanics, to create strategies for progress in the robot industry. We need to handle not only consumption but production part as a policy. Production companies need to be encouraged. We should do this not only for robots but also machines. So if we want to improve the sector here, we have to start with the mechanics. We have to start with the manufacturing machines. Maybe we can't do everything on our first production machine. But as a result, this strategy needs to be developed. You know, China has a 2025 policy.

They are trying to spread the Made in China label. In 2016, they had approximately a robot density ratio as much as Turkey's. There were 33 robots for 10,000 employees. Nowadays, this number is about 70. They doubled the robot density per person.

Most of the robots manufactured in the world find their customers in China. And, they started to produce amazing quality things," he said. 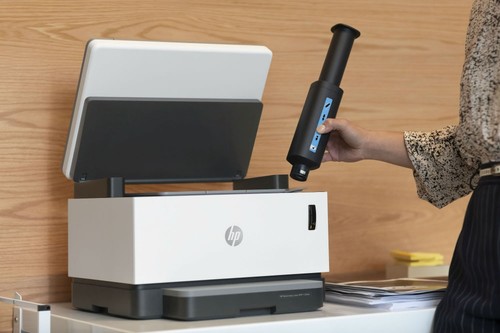 HP's new printer is an example of how the development in chip and laser technology came to life in Industry 4.0 printing systems.

HP, the U.S.-based data processing and printing systems brand, recently presented the laser with the world's first user-refillable toner tank, demonstrating a new example of how the development in chip and laser technology came to life in Industry 4.0 printing systems.

This device, which is called the Neverstop Laser, to prove that it can print non-stop, has a 150-sheet capacity paper tray. The HP Neverstop laser printer series print high volumes of 20 pages per minute in black and white, with the print capacity of 5,000. The toner refill kit, which can print 2,500 pages, is refilled in 15 seconds. The product does not require a network connection and has a Wi-Fi direct feature.

It is compatible with the HP Smart application and can print with a smartphone or tablet. HP Turkey Managing Director Emre Alaman said of the new technology: "A recent research reveals that 75% of small business owners in Europe need printers that are easy to install and maintain. That's why HP Neverstop Laser's innovative system aims to eliminate common printer failures by combining with digital integration."