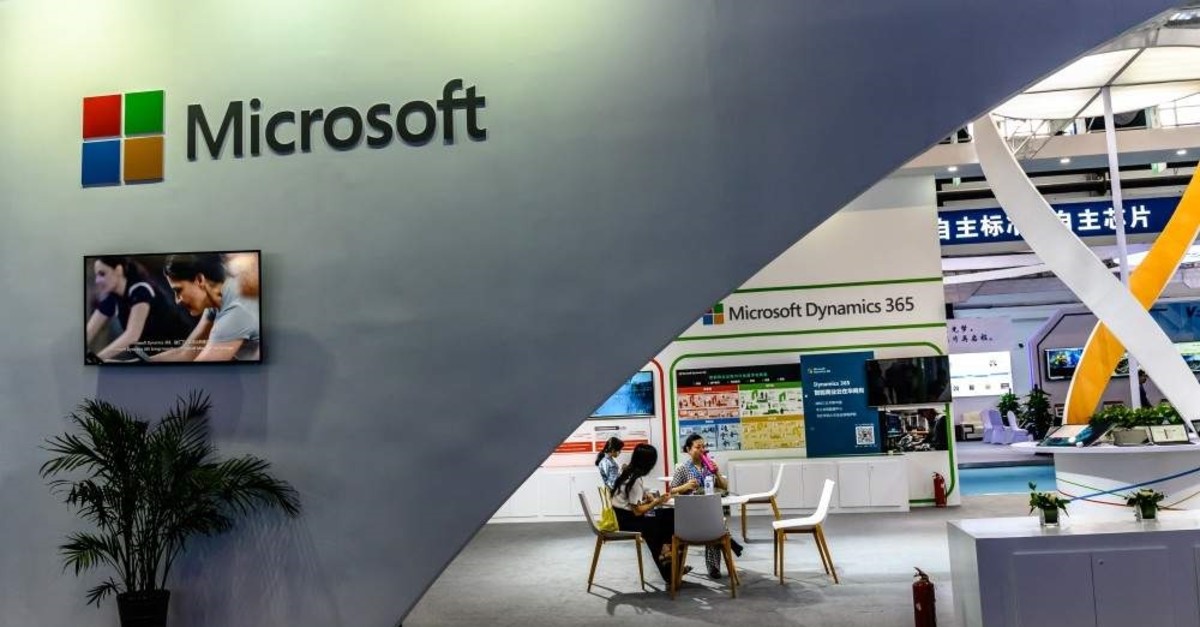 A Microsoft booth at the 12th China-Northeast Asia Expo in Changchun city, northeast China's Changchun province, August 23, 2019. (Imagine China via REUTERS)
by Nov 05, 2019 11:20 am
In a country notorious for overworking its employees, Microsoft Japan is putting a radical idea on trial: working less.
The trial has proven an overwhelming success, the company having found that measures such as the four-day week and other reforms has both boosted sales and cut costs.
The Japanese branch of the American IT giant closed its offices every Friday in August, giving all 2,300 full-time workers a 3-day weekend under "special leave".
It also restricted meetings to a maximum of 30 minutes, and encouraged online chats as an alternative to face-to-face communications.
The number of participants at meetings was limited to five, and workers were also encouraged to use online communication instead of emails, it said.
The results were positive, with sales per employee rising by almost 40% in August compared to the prior year. Similarly, electricity consumption was reduced by a quarter and paper usage was halved.
The firm said the trial showed "employees want to have a variety of ways of working" and that adopting the model more broadly could boost efficiency.
It plans to launch a similar program this winter – but won't offer special leave.
Instead, employees will be encouraged to use their existing holiday days, it said.
The program comes as Japan's government pushes for more "flexible work styles," urging business to accept telecommuting, various part-time schedules and off-peak commuting.
The effort is part of an attempt to address the issue of "karoshi" – death from overwork – and to encourage overworked and overburdened couples to have children in a country struggling with a shrinking population.
Last Update: Dec 20, 2019 1:27 am
RELATED TOPICS