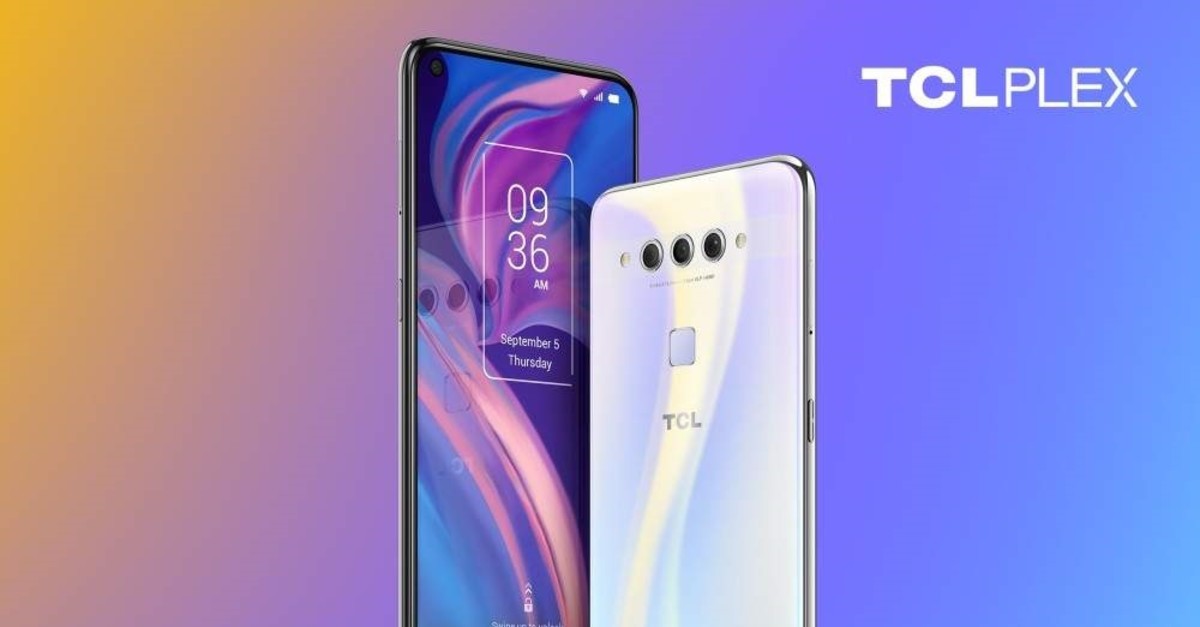 After Huawei, Xiaomi and Oppo, another Chinese brand, TCL, has entered the Turkish smartphone market with its first self-branded smartphone - the TCL Plex.
by Daily Sabah Nov 10, 2019 5:56 pm
Right after Huawei, Xiaomi and Oppo, another Chinese brand has entered the Turkish smartphone market. China-based display technology company TCL Communication has recently launched its first smartphone, the TCL Plex, in Turkey.
TCL Turkey Country Manager Tamer İşisağlam said last week at the device’s introductory meeting that TCL, which was established in 1981, manufactures televisions, white goods and smartphones, as well as display panels, recalling the company achieved $17 billion in turnover and $600 million in net profit in 2018.
İşisağlam stated that TCL ranks 10th in smartphone sales worldwide, adding that the company also incorporates the Alcatel and Blackberry brands. “In the last five years, we have invested $26 billion in display technologies. We are the only Chinese company that can produce panels from 5.7 to 75 inches,” he said.
Featuring a special display engine and real-time video conversion from SDR to HDR, the TCL Plex comes with a 6.53-inch Full HD display with a screen-to-device size ratio of 90%. Using the Qualcomm Snapdragon 675 processor, the phone is also equipped with triple cameras of 48 MP,16 MP and 2 MP on the rear, as well as a 24 MP selfie camera on the front.
Available with Android Pie, which can be upgraded to Android 10, TCL Plex's 48 MP artificial intelligence-backed camera with ultra-high-resolution Sony sensor also features 4K recording. The device's HD super slow motion at 960 frames per second makes it possible to slow down every second 32 times.
Supporting Qualcomm's fast-charging capability with a 3820 mAh battery, the phone can be charged up to 50% in 32 minutes.
The TCL Plex can be connected to up to four Bluetooth speakers/headphones at the same time and is available in two different colors: bright opal white and obsidian black. It was announced at the introductory meeting that TCL Plex's suggested retail price for Turkey would be TL 3,499.
Last Update: Dec 20, 2019 1:35 am
RELATED TOPICS