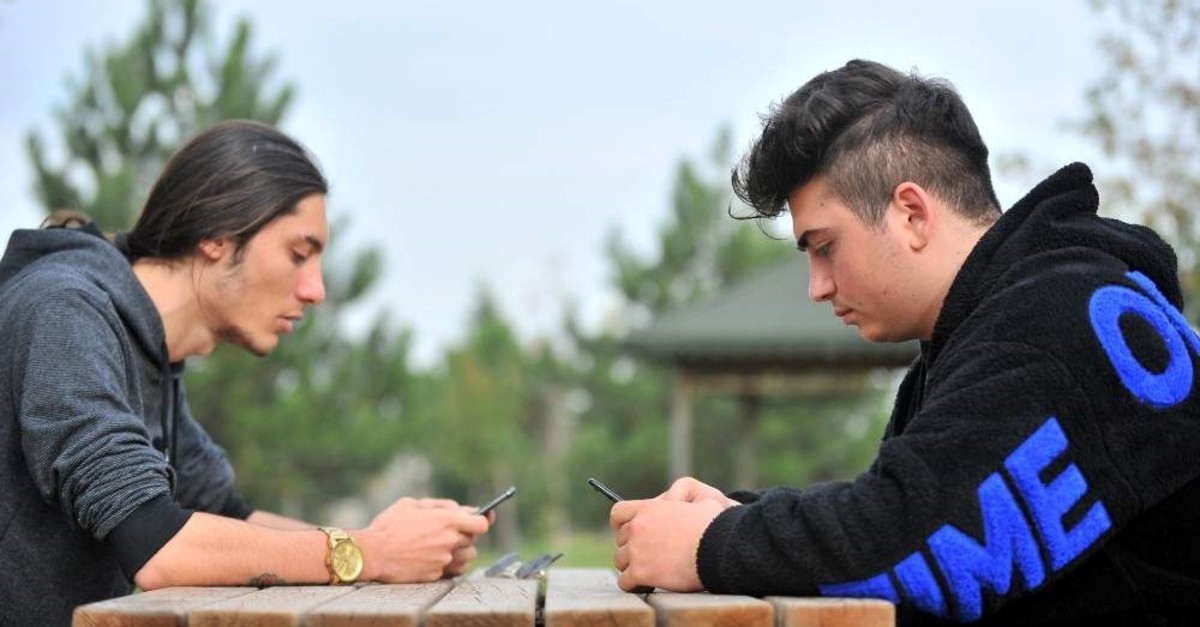 by Daily Sabah with DHA Nov 27, 2019 4:43 pm
Çayan Temel, 20, and Oğuz Akçay, 17, two tech enthusiasts who met in Bursa, found a loophole in the confidentiality agreement between Netflix, the world's leading internet entertainment service provider, and Apple, one of the biggest technology giants in the world. According to the agreement between the two companies, Apple’s screen record feature is disabled while watching movies or series on Netflix. However, the two friends were able to record 4K quality videos while watching Netflix, receiving a total of $200,000 in cash prize from Apple, provided that they help fix the loophole.
Apple, one of the world's largest technology giants, introduced the screen record feature in 2018. Later, the company signed a confidentiality agreement with Netflix to prevent Netflix movies and TV series from being stolen by hackers. As a result of the agreement signed between the two companies, the feature of recording videos while watching series and movies on Netflix on Apple devices is disabled.
Çayan Temel from Mersin and Oguz Akcay from Bursa met on social media and found a systemic vulnerability on Apple phones, unveiling that the tech giant violated its confidentiality agreement with Netflix. The two tech-savvy friends were able to record 4K quality videos while watching series and movies on Netflix from Apple phones. They changed the phone settings without using any third-party program and managed to record images from Netflix. Apple offered a total of $200,000 to Temel and Akçay, provided that they help them fix the loophole. Temel and Akçay said they would not share their discovery with Apple unless a higher award was offered.
Commenting on the loophole, Çayan Temel said normally, due to the confidentiality agreement between Apple and Netflix, they could not enter Netflix from any Apple device and take screenshots and videos while watching movies and series.
“Thanks to the loophole we found, we were able to perform this process. Pirate movie sites, on the same day that movies or serials are broadcast, take their onscreen videos and publish them on their sites, which greatly reduces Netflix's share of value,” Temel said, adding they met with two corporations separately.
“We held talks for about five days with both Apple and Netflix. We explained it in detail, but this time they offered us $100,000 per person, totaling $200,000,” he continued. “After their low rewards in the past, we obviously did not see this offer as appropriate because movie sites can earn several million dollars a day this way. If a more appropriate offer is offered, we would like to make this loophole available to Apple and Netflix to shut down the error. Apart from that, we have records of interviews, emails, all the evidence that this loophole exists.”
“After we found this loophole, we had a communication process with Apple and Netflix for about five days," Oğuz Akçay, a high school student who previously found Apple's loophole and received a cash prize of TL 100, said. "They made an offer to us. This offer started to sound funny, just like the previous ones. We expect higher figures. There is a confidentiality agreement, and this loophole could set the two companies against each other. They will try anything to contact us and shut it down.”
Akçay stated that they changed the phone settings to record the screen. “I kept using my Apple device the same way I bought it. Without using any third-party software, we can record images in 4K and HD quality with Apple's own screen record program,” he further explained. “I can get these images from my Apple device with Apple's screen record feature without using any other program. I can offer it to people who use different and bad software for free. We never intended to exploit this vulnerability. We look forward to a serious comeback.”
Both Çayan Temel and Oğuz Akçay previously found other Apple loopholes and were rewarded with a small amount of cash as a prize for their efforts.
Last Update: Dec 20, 2019 1:58 am
RELATED TOPICS