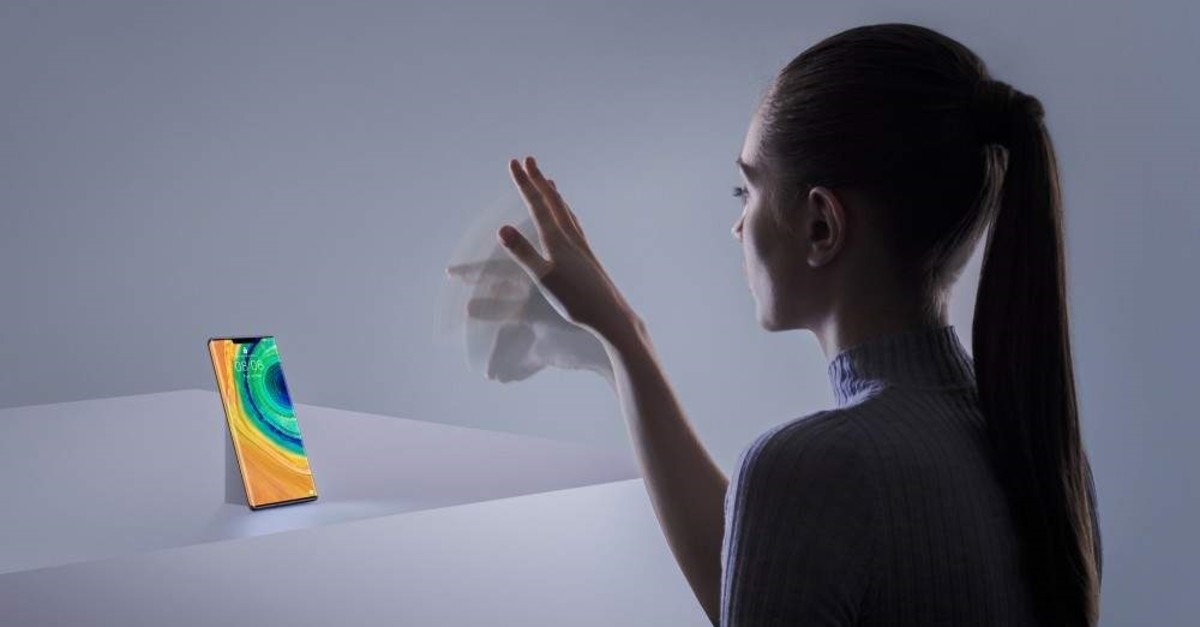 The latest phone of the Chinese tech firm Huawei, Mate 30 Pro, will be released to the Turkish market in January 2020, equipped with the new software Huawei Mobile Services touted as an alternative to Google system.
by Daily Sabah Dec 24, 2019 3:22 pm
The Chinese tech giant Huawei’s new flagship phone Mate 30 and Mate 30 Pro will be released in the Turkish market next month and will offer Turkish customers its recently developed Huawei Mobile Services (HMS) for the first time. The HMS is seen as an alternative to Google Mobile Services (GMS), the company claimed last week.
Huawei has lost access to Google's Android after U.S. President Donald Trump has ordered American firms to cease doing business with the company in May.
The Chinese firm now claims that they have developed a new operating system that could be an alternative for GMS, including Google’s messaging, navigation, email services.
Richard Yu, CEO of Huawei’s Consumer Business Group, said that the Mate 30 series phones will be sold with open-source HMS preinstalled as the company can no longer use GMS, including Google’s the Play Store. Instead, the customers will have Huawei’s own AppGallery. The HMS is a centralized platform, containing the AppGallery, Themes, Cloud, Reader, and other services such as music, video and browser.
According to the company’s website, its AppGallery has become a hub for applications with 370 billion downloads, 390 million users in 170 countries worldwide since its global launch in April 2018. The application distribution platform was launched in Turkey in the second half of this year.
The HMS has already 45,000 apps integrated with it but more needs to be done. According to the reports, Huawei is targeting to make sure to integrate the first 100-150 most popular apps for each country on its application platform.
To speed up the process, Huawei invited developers worldwide to "strengthen HMS,” which offers a software development kit to ensure Huawei’s Open Capabilities can reach a wider group of consumers. The company said they already have over one million developers currently working to strengthen the operating system.
Charles Peng, Huawei’s consumer chief in India, said that most of the key apps such as navigation, payments, gaming, and messaging will be ready for users by the end of December.
While the company remains incapable of making Google apps compatible on Huawei phones, its ambitious plan to create alternative apps could mean tough competition for Google. However, the crucial step for Huawei, for now, is to persuade millions of users to make the swap to HMS.
At the beginning of last week, Google announced that it will no longer license services for Android phones in Turkey after the country’s Competition Authority fined the U.S. tech giant some TL 93 million for violating competition laws with its mobile software sales.
Google told Turkish business partners, phone manufacturers and telecom carriers selling smartphones that it would not grant licenses to Android phones set to be launched on the Turkish market for the use of its services, including Google Play Store, Gmail, YouTube and other Google applications. Accordingly, Google said it would also suspend operating system updates.
Huawei’s new system HMS – which comes in an Android phone with no Google system – will be closely observed by the Turkish customers and phone sellers.
Last Update: Dec 24, 2019 7:17 pm
RELATED TOPICS