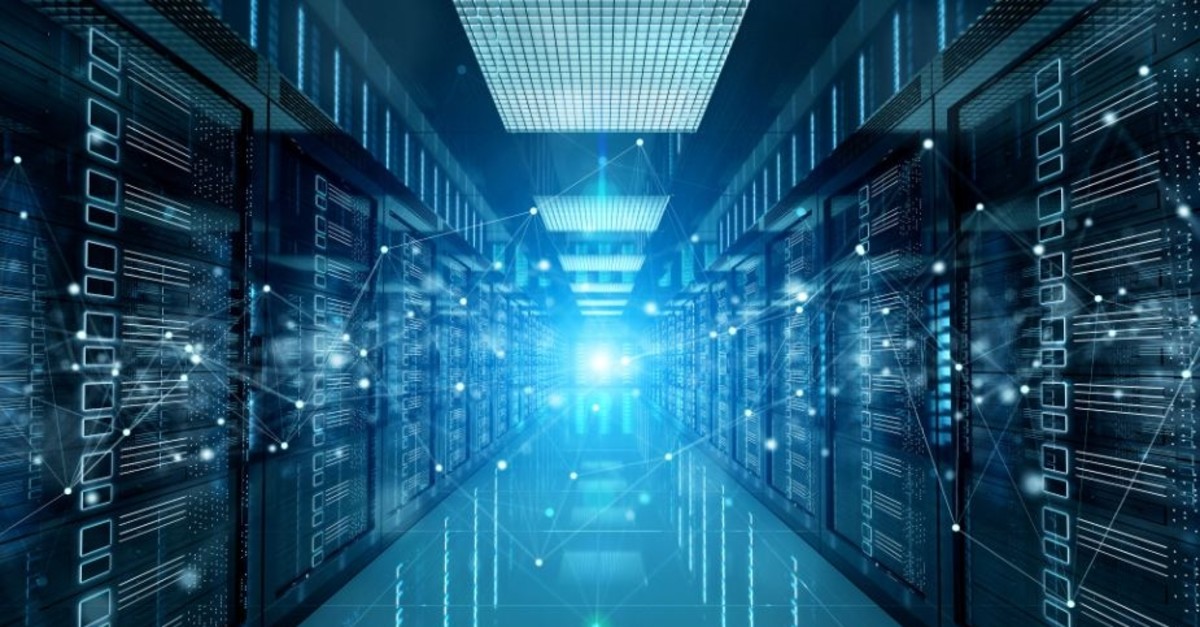 Thundra, which helps application teams run fast safely, develops solutions for finding security and errors that occur at the application level in serverless IT service.
by Timur Sırt Jan 24, 2020 8:01 pm

The round in which the serverless tooling startup Thundra raised $4 million in Series A funding was led by the U.S. global investment firm Battery Ventures. The Turkish startup now looks to double its engineering team in Ankara

New generation startups created with the success of Turkish engineering teams continue to receive U.S.-based investments. The early-stage Turkish startup Thundra, with its 15-person engineering center in the capital Ankara, managed to sign a $4 million Series A deal with an investment group led by the U.S. Battery Ventures.

The company spun out from Opsgenie after it was sold to Australian technology company Atlassian for $295 million in 2018. The round was led by Battery Ventures, with participation from venture fund York IE as well as Berkay Mollamustafaoğlu, the founder of Opsgenie and ScaleX Ventures.

Thundra emerged as an idea within the company during Opsgenie's sales process and became a company in 2018. It develops solutions for finding security and errors that occur at the application level in serverless IT service.

Mollamustafaoğlu, who also realized a story similar to Opsgenie for Thundra, serves as the Chairman of the board of the company. He said that it was time to bring Thundra's engineering experience to the market, noting that the investment tour, in which he himself participated with $1 million, was led by Battery Ventures.

"I trust our team. They successfully completed the period from idea to product," he said. "Currently, we offer a complete solution for error correction and security needed at the application level of organizations using serverless IT solutions. It is time to hit the market right now. With the investment made on this tour, we will both double the engineering team in Ankara and start preparations in the U.S. to hit the market. We have already created the CEO and management team for this purpose."

Mollamustafaoğlu said that they would push their growth opportunities according to the market situation this year, elaborating on whether they could achieve Opsgenie success or not.

"We have two major Israeli opponents. One of them has managed to get an investment like us recently. We have some advantages, and we are trying to use them," he continued. "There are also those who want us to sell in advance. This time, however, our goal is bigger. I am hopeful of the excitement and potential of the team in the market, which is quite exciting. Since we saw this success, we reserved Thundra business in Opsgenie sales. Now we have seen once again how right this is." 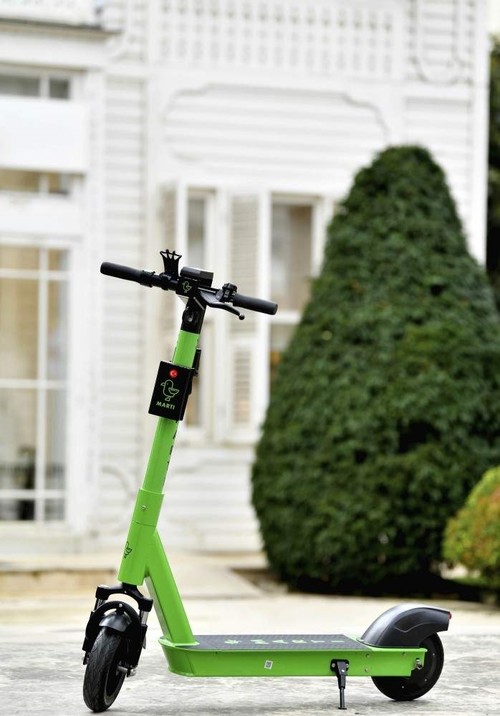 Martı is set to launch the electric scooter Anadolu 1 in March.

Introducing Turkey to micromobility with its electric scooters, Martı is set to launch the scooter Anadolu 1 in March, which was designed and created by Turkish engineers and craftsmen specifically for the steep slopes of Istanbul.

Besides the three major cities of Istanbul, Ankara and İzmir, Martı has decided to move its investments to the southeastern province of Gaziantep and the central Anatolian city of Eskişehir.

Turkish engineers are producing the networked boxes that allow Martı's Anadolu 1 to follow the position, charge and speed levels instantly. Likewise, vehicles that conk out can also be detected with the sensors used. Martı also makes journeys more comfortable and safer with the suspension system in its new model. Using the local suspension system, Anadolu 1 reduces vibration to a minimum on bumpy and rough roads. It increases visibility with stronger lighting and offers a brake light system for night driving.

Anadolu 1 has solid tires with a diameter of 25.4 centimeters, which are resistant to bursting and tearing, as well as a mechanical and electronic brake system that maximizes road traction and driving safety. With its 250W motor power, Anadolu 1 can accelerate to 25 kilometers per hour and tops out at 18 kilometers for driving safety.

Addressing reporters at the promotion event, Martı's founder Oğuz Alper Öktem and Sena Öktem said Anadolu 1, whose chassis and engine are designed according to Turkey's conditions, can climb up to an angle of 15 degrees.

"Producing in Turkey gives us an advantage on many issues. First of all, we are achieving much better quality and continuity. We are proud that Anadolu 1 will be available to its users on all streets of Turkey as of March," Öktem said.

Used while going to work and on the way back

Martı is mostly used between two stops for those on their way to work and in places such as between Istanbul's Metrobus stop and the ferry port. It is widely available in these regions. The speed, on the other hand, is fixed for a maximum of 18 kilometers per hour to minimize the risk of accidents.

Meanwhile, the battery status changes according to the weight of the electric scooter and the slope of the road. The vehicles are charged and maintained according to battery, speed and location information.

'Let's not make a presentation but install the product'

Amazon Web Services (AWS) Turkey Country Manager Yinal Özkan stated that they preferred not to make a presentation but rather make products available to customers. "We start by saying let's install the product to the customer we visit," Özkan said.

AWS, which has been organizing events for software developers by investing in human resources for some time in Turkey, is increasing the number of customers from corporate customers to entrepreneurs. AWS, which provides services to institutions in cooperation with leading information and communication technologies company Türk Telekom in Turkey, offers the companies the flexibility to grow and shrink at any time.

"We believe in Turkey and make serious investments. We have hired many people since the office was opened. We hire people, we call solution architects and those who are very advanced in their fields. We show real products to all our customers with these people. We do not show too many presentations on Amazon, but we show the products to the customers when we visit them, which has a very serious effect," Özkan said.

"For example, we work with Vestel. When we first went to Vestel, we said, 'let's do something classic, let's talk,' and then we said 'we don't have to talk, we have a prototyping team, let them come to you, install the product, show it, work it, and then continue from that point onwards.' So, we really want companies to do this job in Turkey. We really have a creative culture. Let's not talk in vain, let's go and do something. We, for example, did this at Vestel," he added.

'We listen to the customer'

Stating that 90% of the products are developed with the feedback given by customers, Özkan explained the basics of the business. "In the remaining 10%, we listen to the customer again and look at what makes it easier for the customer and develop it. The customer even asks us about how we came up with this service. We did not, this is through the experience that comes from our customers," Özkan further stressed.

"We develop 90% of our products at the request of our customers, and they also have a huge impact on the remaining 10%. There are two other things. First, we believe in innovation. We constantly think about how we can do this differently within ourselves. While we were offering 160 new services a year in the first years and 280 new services a year later, this rose to 1957 new services and features last year. So, there is continuous innovation. The customers in Turkey are receiving its yields," he noted.

The same experience in every country

He emphasized the similarity of customers' experiences in every country. "The best part is that it is not one thing for customers in the U.S. and another for the customers in the U.K. If we made 10 new changes on AI [artificial intelligence] and ML [machine learning] at this conference, the same day, the same minute, every customer in Turkey can use it together with our other customers. This, of course, paves the way for Turkish companies," he added.

Özkan gave examples of Peak, that has been doing business globally in the game industry, on the opportunities they offer to Turkish entrepreneurs doing global business. Informing that Peak has been working with AWS to create cloud-based products since it was founded nine years ago, Özkan said Peak's infrastructure has evolved over the past 10 years with AWS Cloud services and now serves over 350 million users in 192 countries, adding Peak processes petabytes of data using more than 35 AWS services and responds to over 4 billion API requests per day.

"AWS helped Peak accelerate innovation and provide a wider range of services by enabling them to automate their infrastructures. It is truly one of the few companies in the world in mobile gaming. We are very proud," he said. "The emergence of such a company and the emergence of such companies when cloud technologies come to Turkey are among the things that make us most happy. Onedio has launched an information game called PlayKazan, which is played over the live webcast. Hosting more than 300,000 online players in a single game, PlayKazan benefits from AWS's CloudFront and Media Services services. These services meet Onedio's aggressive low latency live streaming and scaling needs," Özkan noted.