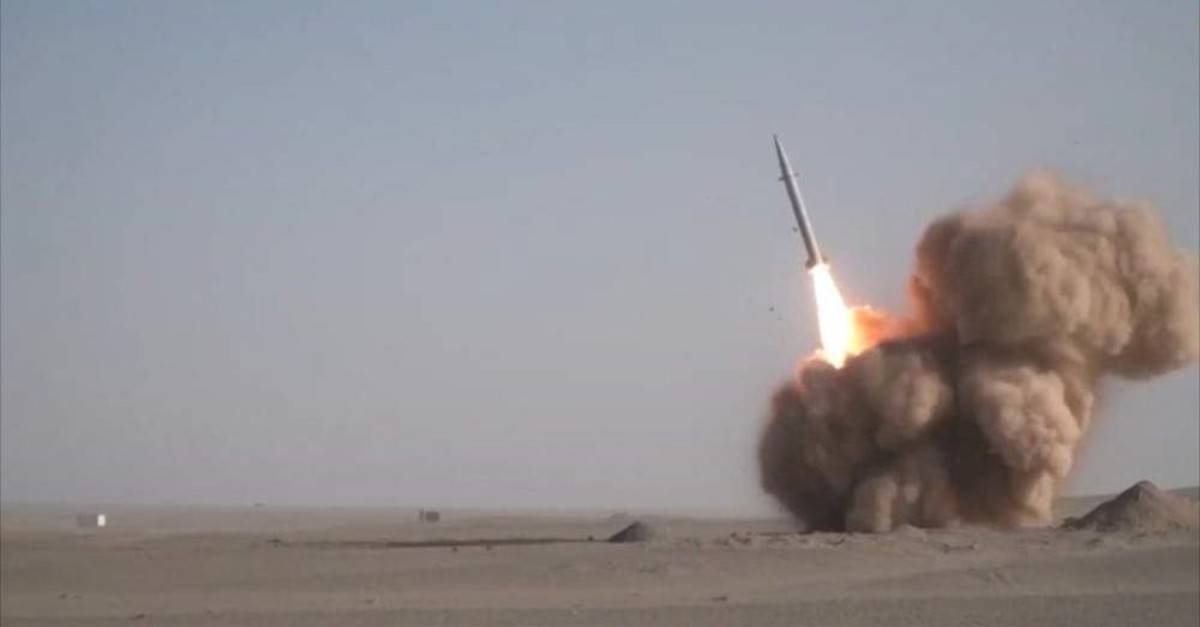 An image grab from footage obtained from the state-run Iran Press news agency Feb. 9, 2020, shows the launch of the new Raad-500 missile, a short-range ballistic missile by Iran's Islamic Revolutionary Guard Corps (IRGC). (Photo by Iran Press via AFP)
by Feb 09, 2020 8:07 pm
Iran launched a domestically made satellite on Sunday but it failed to reach orbit, a defense ministry official said.
"It was launched with success and ... we have reached most of our aims ... but the 'Zafar' satellite did not reach orbit as planned," the official told state television.
The launch was the latest in a program which the United States says helps Tehran advance its ballistic missile technology.
Tehran denies that its aerospace program is a cover for missile development.