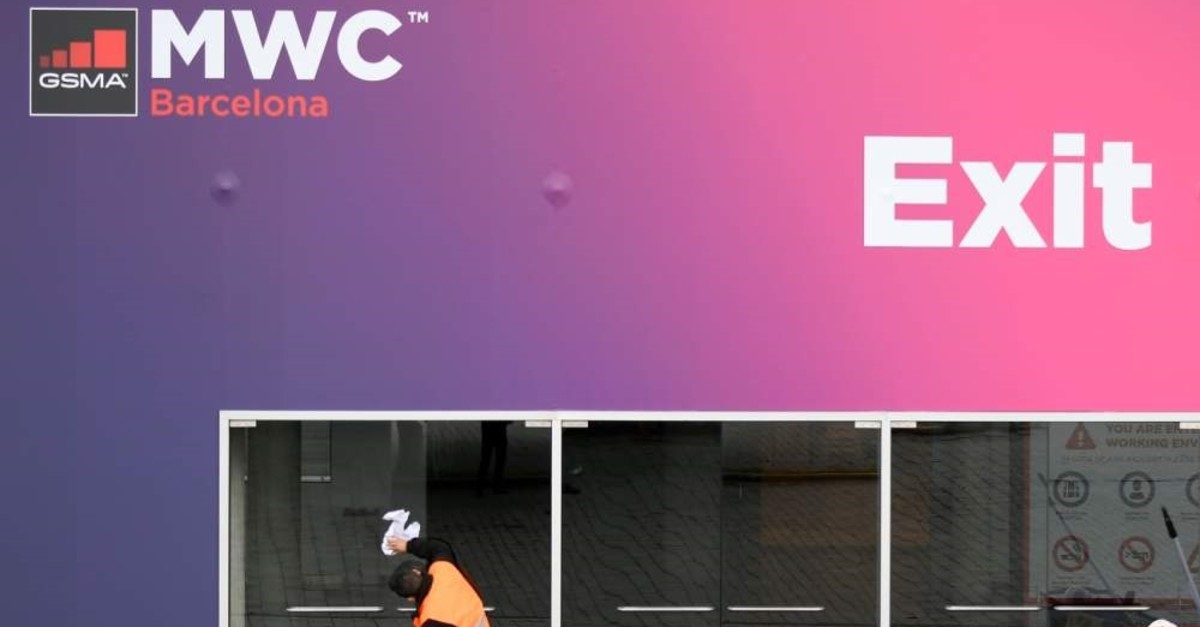 The Mobile World Congress (MWC), the annual telecoms industry gathering that draws more than 100,000 visitors to Barcelona, was canceled on Wednesday after a mass exodus by exhibitors due to fears over the coronavirus outbreak.

Bowing to the inevitable, the GSMA telecoms association that hosts the get-together said it had canceled the event planned for Feb. 24 through Feb. 27 despite assurances from local and national health officials that it would have been safe to hold it.

"The GSMA has canceled MWC Barcelona 2020 because the global concern regarding the coronavirus outbreak, travel concern and other circumstances, make it impossible for the GSMA to hold the event,” John Hoffman, the CEO of organizer GSMA, said in a statement.

The announcement followed a crisis meeting of the GSMA board after its hand was forced by the pullout of anchor European members including Deutsche Telekom, Vodafone, BT and Nokia.

Barcelona's mayor Ada Colau said earlier she wanted to send a "message of calm," insisting the city was ready to host the event, while Spanish health officials reiterated that there was no reason to call off MWC.

The World Health Organisation (WHO), a U.N. agency leading the coronavirus crisis response, had also called in vain for calm.

"There is no evidence at present to suggest that there is a community spread outside China, so WHO is not currently requesting that large gatherings are canceled," WHO spokesman Tarik Jasarevic told Reuters in Geneva.

That failed, however, to alleviate concerns among major exhibitors that the precautions would be insufficient to halt the virus that has spread beyond China's borders to two dozen countries.

"To bring people together and connect them: That is what Telekom stands for. This is also what the Mobile World Congress, the 'class reunion' of our industry, stands for," Deutsche Telekom CEO Tim Hoettges posted on LinkedIn.

He added, however, that large gatherings of people with many international guests posed a particular risk: "To take this risk would be irresponsible."

The Chinese contingent at MWC has numbered 5,000-6,000 in recent years, making the event particularly vulnerable given the outbreak of the virus that has killed more than 1,100 people on the Chinese mainland.

In its statement, the GSMA said the host cities and partners respected and understood its decision, adding that they would "continue to be working in unison" towards staging next year's event.

Hoffman and Colau will hold a joint a press conference on Thursday.

Due to the sheer scale of MWC, with delegates packing out Barcelona's hotels and restaurants and causing the city's trade fair grounds to burst at the seams, the postponement was never a realistic option, sources said.

A final decision was made harder by the terms under which any events insurance is taken out by the GSMA would pay out, industry sources and insurance experts said.

This would be unlikely to kick in unless restrictions are imposed on public gatherings in the country on health grounds.

"Where there is no ban and businesses make their own commercial decision, I cannot see the market paying out," Edel Ryan, who is on the Special Risks team at broker Marsh JLT Specialty, said before the GSMA's decision.

Major Chinese exhibitors, led by Huawei, had stuck to plans to attend to the very last minute, ordering at-risk staff to isolate themselves in advance and drafting in replacements from elsewhere to run event stands and host clients.

The GSMA had banned attendees from China's Hubei province, where the coronavirus outbreak began and required others to prove that they had been outside the country for at least two weeks prior to the event.

Coronavirus has proved to be contagious even when people who have caught it are asymptomatic, meaning that people attending might not even realize that they could infect others they meet at MWC.

Tracking the meetings and movements across the Fira trade grounds and the city of Barcelona of anyone who later tests positive would be a difficult task.