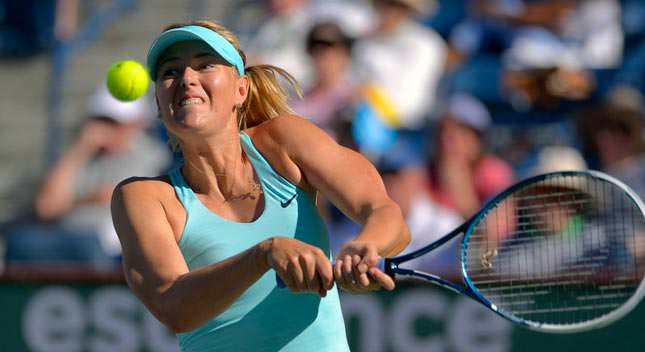 Giorgi has been making steady progress in the past year, reaching the fourth round at the U.S. Open in September, but her win over the fifth-ranked Sharapova was the biggest of her career.

Sharapova's loss came two days after Victoria Azarenka was also bundled out of the Californian event. "I did not play a good match at all," said Sharapova, who dropped serve eight times and committed 58 unforced errors. "(I've) never played against her, but she's someone that doesn't give you much rhythm. She's quite aggressive, but some shots she hits incredible for a long period of time. "Sometimes they go off a bit. But, if I'm speaking about my level, it was nowhere near where it should have been."

Giorgi will play her countrywoman Flavia Pennetta in the next round after she beat Australian Sam Stosur 6-4 3-6 6-1.