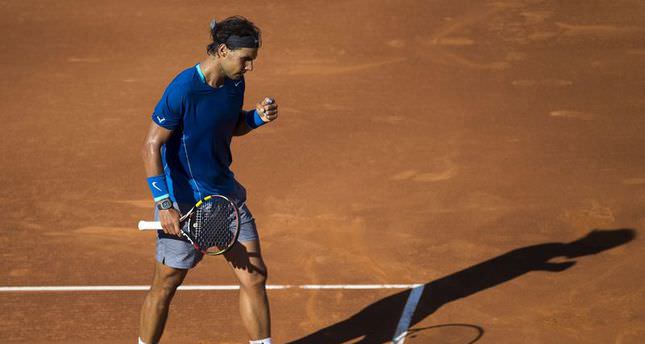 by Associated Press Apr 28, 2014 12:00 am
BARCELONA — Top-ranked Rafael Nadal's claycourt struggles worsened Friday as his 41-match winning streak at the Barcelona Open ended with a three-set loss to Nicolas Almagro in the quarterfinals.Nadal was looking for his ninth title in Barcelona but lost 2-6, 7-6 (7-5), 6-4, a week after going out in the quarterfinals of the Monte Carlo Masters to David Ferrer.

Nadal, widely considered the greatest clay-court player of all time, hadn't lost in Barcelona since his debut as a 15-yearold in 2003, although he missed the tournament in 2010. He had not dropped a set here since the 2008 final. The 20thranked Almagro converted his second match point, smashing a forehand down the line for his first career victory over his fellow Spaniard on the 11th try.

After failing to convert any of his five break points in the second set, Nadal missed a return in the tiebreaker to give Almagro a 6-5 lead. Almagro followed up with a crosscourt forehand winner to level the match and end Nadal's streak of 44 straight sets at the tournament.