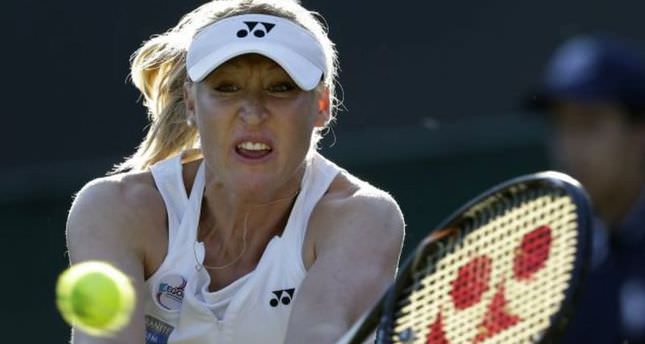 The 30-year-old passed away in the early hours less than four months after she was diagnosed with the disease.

She died at home in Ipswich, Suffolk with her husband Nino Severino by her side and surrounded by friends and family.

Nino, who married Elena weeks before her cancer diagnosis, said last night: "We are heartbroken beyond words at the loss of our beautiful, talented and determined Bally.

"She was an amazing person and she touched so many people with her inspirational spirit, her warmth and her kindness."


Baltacha: So many things to do...

Despite illness and injuries, she went on to reach the Australian Open third round in 2005 and 2010 and reached a career-high world ranking of 49.

She won 11 singles titles, made the third round of Wimbledon in 2002 and was part of Great Britain's Fed Cup team for 11 years.

LTA Head of Women's Tennis Iain Bates said: "Today we have lost a shining light from the heart of British tennis - a true role model, a great competitor and a wonderful friend.
Last Update: May 05, 2014 11:59 am
RELATED TOPICS