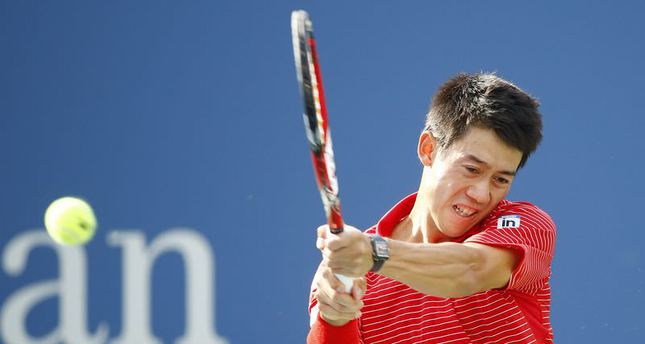 by Sep 05, 2014 12:00 am
Kei Nishikori became the first Japanese man for almost a century to reach the U.S. Open semi-finals on Wednesday after securing an epic 3-6, 7-5, 7-6 (9/7), 6-7 (5/7), 6-4 win over Stan Wawrinka. Nishikori, the 24-year-old 10th seed, triumphed in four hours 15 minutes, his second marathon clash after needing four hours 19 minutes to get past Milos Raonic in the previous round. Nishikori will face either world No1 Novak Djokovic, who beat former champion Andy Murray on Wednesday, on Saturday for a place in Monday's championship match. Ichiya Kumagae was the last Japanese man to reach the semi-finals of the U.S. Championships in 1918. Nishikori, whose match against Raonic ended at a record-equalling 2:26am on Tuesday, was stunned by his win over the third seeded Wawrinka, the Australian Open champion who had won the pair's two other meetings without dropping a set. "I was tight at the start but my body was OK. I felt more confident after the first set," said the 24-year-old, who will be playing in his first Grand Slam semi-final having made the quarter-finals in Australia in 2012. "It feels amazing. I am playing well and I hope to play at 100 percent in the semi-finals."