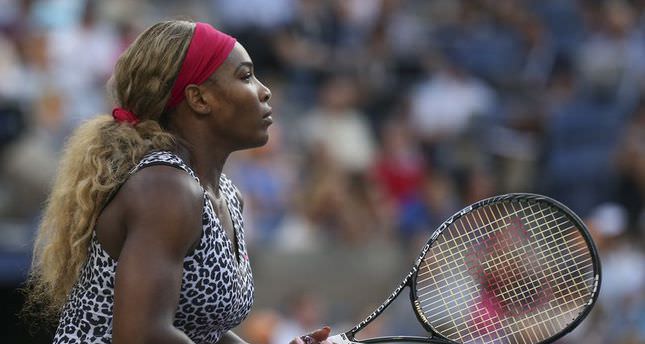 by Sep 08, 2014 12:00 am
World number one Serena Williams swept past good friend Caroline Wozniacki of Denmark 6-3 6-3 in the US Open final to move into the record books with her 18th grand slam title.

It was the third straight and sixth overall US Open crown for the 32-year-old American, her 18 career slams putting her alongside Chris Evert and Martina Navratilova for fourth place on the alltime list. Failing to get beyond the last 16 of the year's first three slams, Williams sailed through the US Open without dropping a set, finishing off Dane Wozniacki in a snappy 75 minutes. "I have been trying to reach it for so long, since last year," said Williams, hoisting her first Grand Slam trophy since lifting the same trophy a year ago. Williams pocketed the $3 million winner's purse along with a $1 million bonus.