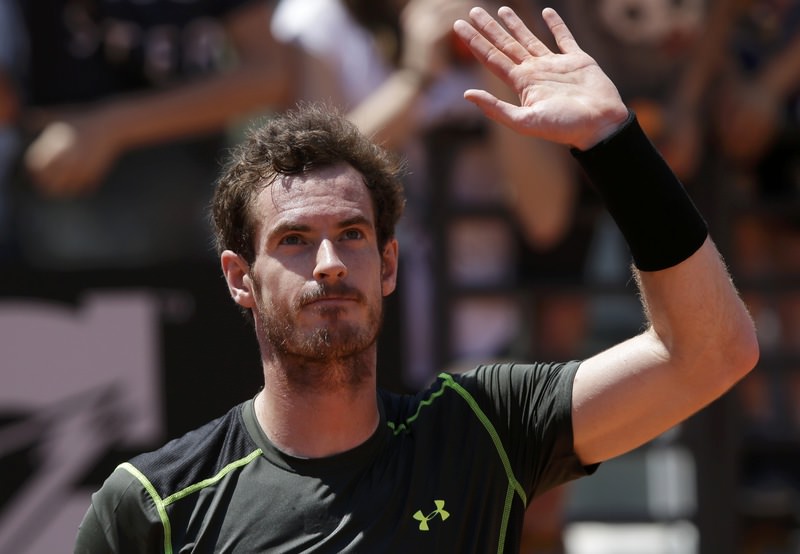 by Daily Sabah with Wires May 14, 2015 12:00 am
Britain's world number three tennis player, Andy Murray, has announced his withdrawal from the Rome Masters on Thursday, citing fatigue following his unbeaten start to the claycourt season.

Murray's decision to participate in the week-long event in the Italian capital had come late, following his sensational triumph over claycourt king Rafael Nadal in Madrid last week.

But the Scot's exertions in recent weeks have left him feeling "stiff and sore". After consultation with his coach, Amelie Mauresmo, following practice on Thursday morning, Murray said he would take time off the courts completely for several days in a bid to recover.

"I'm going to take a few days' rest, not go on the court," said Murray, who added that he had a practice session in the morning before realising he had little to offer.

"I did a proper practice this morning for a full 40 minutes, and I was just flat. My body is tired ... it's acceptable to feel like that."
Murray, who beat Frenchman Jeremy Chardy in straight sets on Wednesday, pulled out of Rome prior to his scheduled third round match against Belgian David Goffin.

He added: "We had a proper conversation, weighing up all the pros and cons, but I'm very tired just now and need to take a break."

Murray said he had no injury worries but that his decision was a precaution with the French Open looming.

"There's no long term injuries to worry about. Things are a little bit stiff and sore because of the amount of matches I've played," he added.

"It wasn't just about today's match. It was about the rest of the tournament... and further down the line the possibility of getting sick and missing five, six or seven days," he said.
Last Update: May 14, 2015 7:39 pm
RELATED TOPICS