Bouchard loses in Slam's 1st round for 1st time 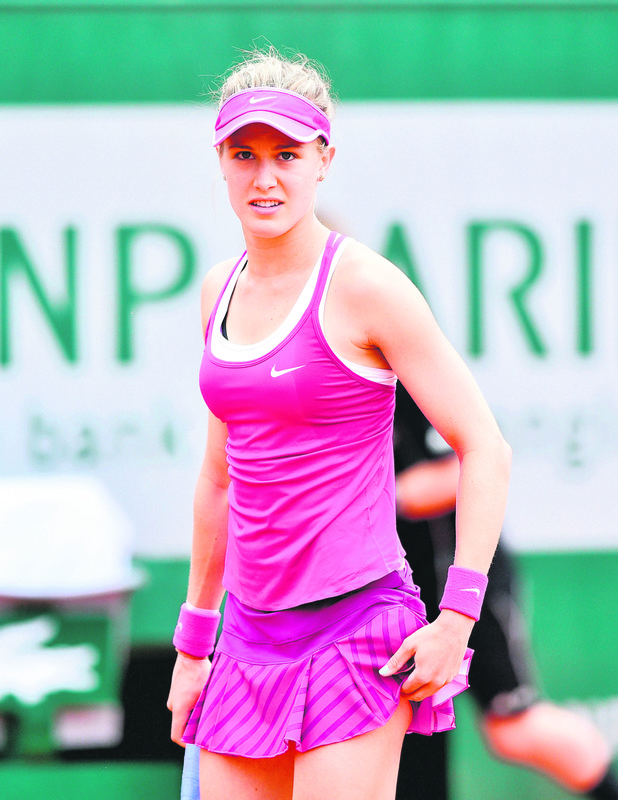 by Associated Press May 27, 2015 12:00 am
The losses keep mounting for Eugenie Bouchard, who was so good last year and is having so much trouble nowadays. Exiting in the first round of a Grand Slam tournament for the first time in her nascent career, No. 6 Bouchard became the highest-seeded player bounced from the French Open, losing 6-4, 6-4 on Tuesday to 44th-ranked Kristina Mladenovic of France. Bouchard has lost eight of her past nine matches.

"Honestly, I don't know what to say. It's been kind of the same as how I have been feeling recently on the court. Just not like myself," the 21-year-old Canadian said. "I just feel like it's been a while that this has been happening, and, you know, it's unfortunate. But, you know, I'm sure one day it will stop." Last season, Bouchard appeared to be establishing herself as one of tennis' next big stars, reaching three consecutive Grand Slam semifinals, including at the French Open. She was the runner-up at Wimbledon. As for whether this latest setback will linger in her mind for a while, Bouchard insisted she would get over it soon. "I mean, definitely for a day or so, I'll think about the match. But I think it's important to try to move on quickly in tennis in general because every Monday there is a new chance," she said. "So I'm going to try and forget this one."
Last Update: May 27, 2015 10:27 pm
RELATED TOPICS