Turkey gears up for Belarus in Davis Cup 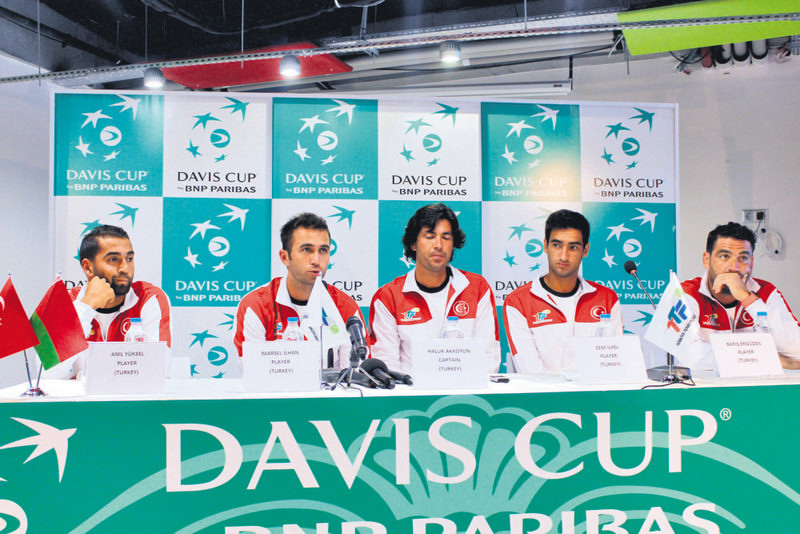 by Daily Sabah Jul 14, 2015 12:00 am
The Turkish national tennis team will square off with Belarus in the second round of the Davis Cup this week in Istanbul. The country had defeated South Africa in March to secure a spot in the second round of the Europe/Africa Zone Group II in the tournament. It is the first time that Turkey will compete against Belarus in the event, which will be held in Istanbul from Friday to Sunday.

Speaking at a press conference on Tuesday, Haluk Akkoyun, captain of the Turkish team, said they had the upper hand against Belarus in the singles while they might have trouble in the doubles. Akkoyun said he was especially confident of Marsel İlhan, the ace of the team, to win his way through the two matches in the singles. Akkoyun said they also pinned their hopes on public support, inviting fans to the Garanti Koza Arena, the venue of the competition.

İlhan, Turkey's top player with the most singles wins, said they would benefit from home-court advantage and "make Eid more festive for fans" referring to the Muslim festival of Eid al-Fitr, which coincides with three days of the Davis Cup event. "I am looking forward to the U.S. Open and getting to the quarter-finals there after beating Belarus in two matches here," a hopeful İlhan said.

Turkey has participated in the Davis Cup since 1946 but has managed to reach the second round only three times, in 1990, 1991 and this year.