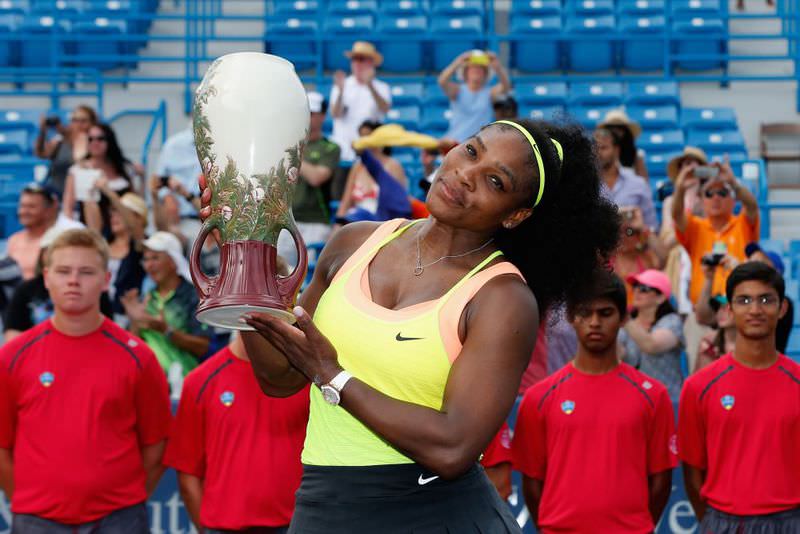 by Aug 27, 2015 12:00 am
Serena Williams enters the U.S. Open making a case for herself not only as the greatest women's tennis player in history, but possibly the greatest woman in sports history.

The 33-year-old star has sustained a level of excellence few can rival, from winning her first Grand Slam singles title as a teen prodigy at the 1999 U.S. Open to collecting her 21st last month at Wimbledon, completing her second career "Serena Slam" of holding all four major trophies at once.

Winning a record-tying fourth consecutive U.S. Open women's title, a feat last achieved by Chris Evert in 1978, would give Williams something she has never achieved before - a calendar year Grand Slam - and link her with only a handful of the game's greatest legends, men or women.

But it's not something world number one Williams wants to contemplate just yet. It's like pondering a good book before the last chapter is written, especially as Williams is penning an epic tale that doesn't appear set to end anytime soon.

When the year's final Grand Slam event starts Monday in New York, Williams will be a huge favorite. She has won Wimbledon, the U.S. Open and the Australian Open six times each and collected three French Open crowns.

"I compete a lot against my standards," Williams said. "I have such high standards for myself and I expect the best from me and nothing less."

Matching her "Serena Slam" run from the 2002 French Open through the 2003 Australian Open required Williams to endure numerous three-set fights on London grass, but she emerged triumphant.

"To have all four at the same time, two times in one career, that totally means a lot," Williams said. "It was really important for me to do that."

Williams is only one shy of Steffi Graf's Open Era career record of 22 titles and the retired German legend tweeted that Williams' feat was "incredible" and an "amazing accomplishment."

"I see her post things about me and that's pretty awesome," Williams said. "I really am still like a kid when I see her or I see posts. I get super excited. I'm still living the dream." At 33, Williams is the oldest women's world number one - no man so old has won a Grand Slam title since 1972 - and her best might be yet to come.
RELATED TOPICS