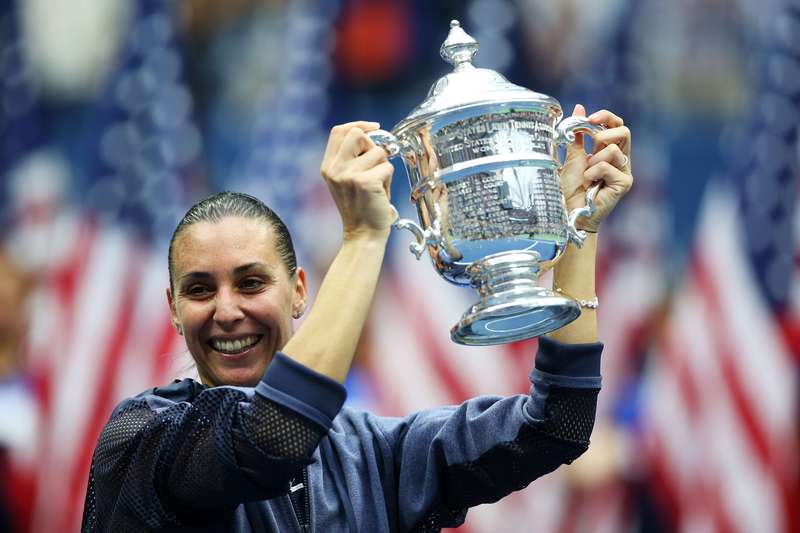 Pennetta defeated Vinci 7-6, 6-2 to win U.S. Open title on September 12, 2015. (AFP Photo)
by Sep 13, 2015 12:00 am
Flavia Pennetta claimed a first grand slam singles title with a 7-6(4) 6-2 win over Roberta Vinci in an improbable all-Italian U.S. Open final on Saturday. But Pennetta announced her retirement shortly after her big win in a post-game interview.

Pennetta, 33, becomes the fourth oldest grand slam winner in the Open Era and joins 2010 French Open champion Francesca Schiavone as the only Italian women to win a major title.

The match was set up by jaw-dropping upsets as unseeded Vinci knocked off world number one Serena Williams in the semi-finals to end the 33-year-old American's quest for a calendar year Grand Slam.

Pennetta's path to the final included two huge hurdles which she cleared with confidence in taking down Czech fifth seed Petra Kvitova in the quarter-finals and Romanian second seed Simona Halep in the semi-finals.