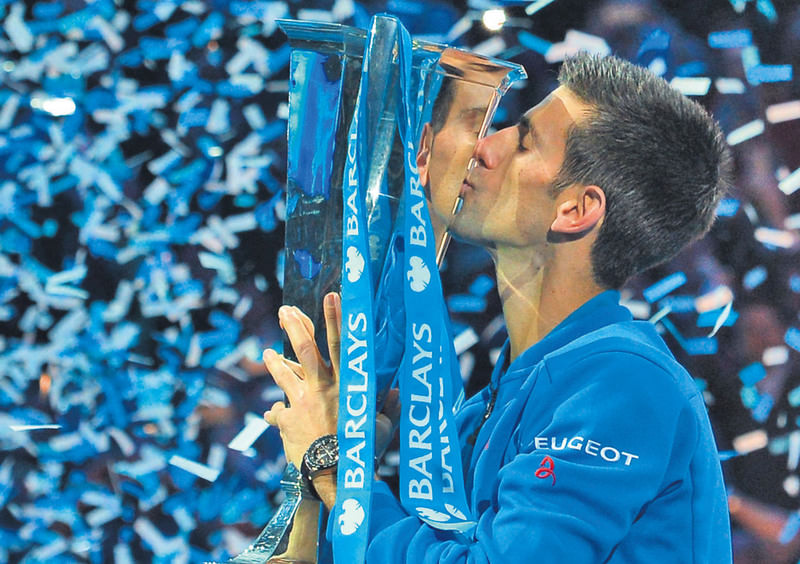 by Daily Sabah with Wires Nov 24, 2015 12:00 am
Novak Djokovic (above) extended his massive lead at the top of the ATP world rankings, which were released yesterday, following his fourth straight victory at the season-ending World Tour Finals in London. The Serbian's straight sets win over Roger Federer in Sunday's final pushed his advantage over world number two Andy Murray to almost 8,000 points. British number one Murray, who is gearing up for this week's Davis Cup final against Belgium, is guaranteed to finish the year number two for the first time, which should give him the second seeding at January's Australian Open. The top 20 was otherwise unchanged with Federer only 405 points behind Murray, Stan Wawrinka at number four and Rafael Nadal retaining fifth spot. PARIS / AFP