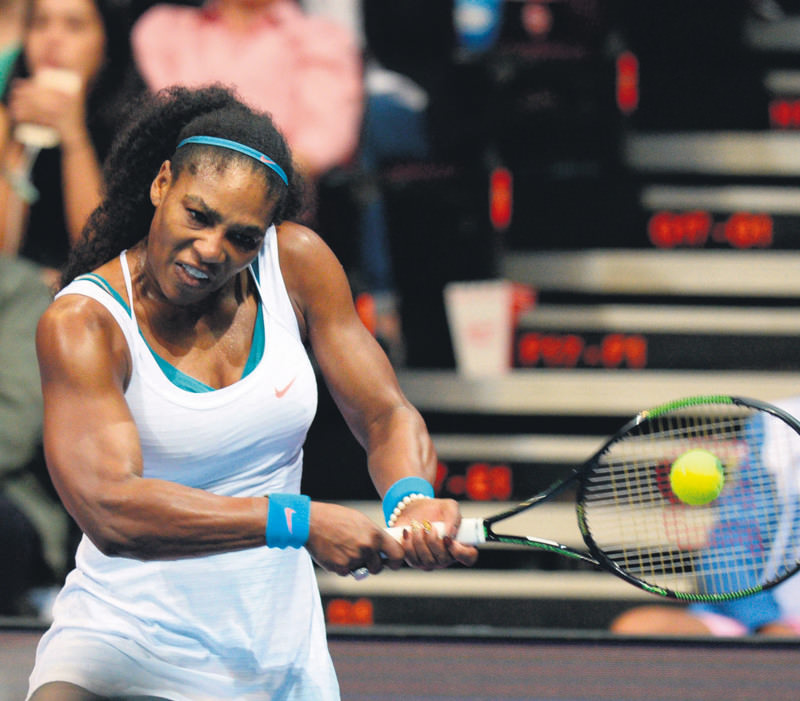 by Dec 16, 2015 12:00 am
Serena Williams, who held all four of tennis's grand slam titles for the second time in her career and won 53 of 56 matches in 2015, was named Sportsperson of the Year by Sports Illustrated magazine on Monday.The 34-year-old accomplished her second 'Serena Slam' while battling a string of injuries, producing one of the greatest late-career runs in the history of any sport, the magazine said, hailing her a "global icon".

"Serena has made a very strong case as not only the greatest tennis player of her generation but of all time, and after the string of performances she put together in 2015, she is one of the most dominant athletes playing today," said Sports Illustrated (SI) Group Editor Paul Fichtenbaum.

Williams was ranked number one every week for the second consecutive year, and her three successive grand slam wins to start 2015 lifted her within one of Steffi Graf's record 22 singles titles in the professional era.

"This year was spectacular," Williams said in a statement. "For Sports Illustrated to recognize my hard work, dedication and sheer determination with this award gives me hope to continue on and do better."

Williams is the first woman to be recognized with the honor as an individual since Mary Decker in 1983, and the magazine took the opportunity to rename its award from Sportsman of the Year to Sportsperson of the Year. The magazine also cited Williams as a force off the court, using her broad platform to advocate for racial justice, gender equality and equal access to education around the world. It noted that Williams made a powerful statement by returning to play a tournament at Indian Wells for the first time since 2001 when she was jeered by the crowd and, according to her family, suffered racist slurs. Williams called her decision to play her "greatest moment in tennis."

"Everyone always asked, 'What was your greatest moment in tennis?' and I always said it hasn't happened. "But I think it has happened now, and that was going back to Indian Wells and playing. It released a lot of feelings that I didn't even know I had. I was really surprised at how emotional I got -- and how relieved I felt after everything was said and done."