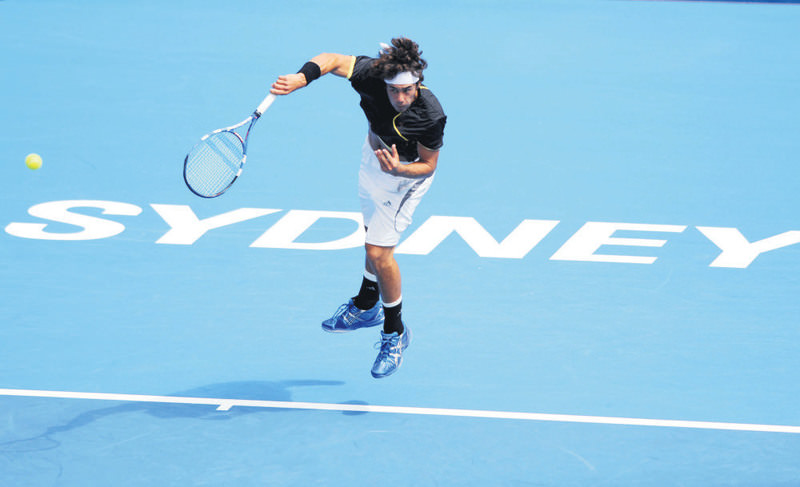 Tennis accounted for nearly three quarters of all the suspicious betting alerts issued last year, the European Sport Security Association (ESSA) said in a report published on Thursday. The organization, established by regulated bookmakers to monitor suspicious betting patterns and guard against match fixing in sport, said 73 of the 100 events that raised concerns involved tennis. "The start of 2016 has seen a worldwide focus on alleged match fixing in tennis," wrote chairman Mike O'Kane in an introduction. "The data in our Q4 integrity report reflects previous quarters, and whilst tennis constituted the largest proportion of suspicious betting alerts identified by ESSA members, it should be noted that the vast majority of tennis events are fair," he added.

Tennis governing bodies set up an independent review panel last month following media reports criticizing the Tennis Integrity Unit (TIU) for not adequately investigating some 16 players repeatedly flagged over suspicions they had thrown matches in the past decade. The review will take at least a year to investigate allegations of corruption in tennis and the effectiveness of existing procedures. "All information supplied by betting operators is analyzed by the TIU," a TIU spokesman said in a statement.

"An alert can be an indicator of suspicious activity. But it is not proof or evidence that corruption has taken place." The spokesman added that factors that can influence results -- such as player fitness, fatigue, form, playing conditions and personal circumstances -- are analyzed, and if there are concerns about "suspicious activity," the TIU will investigate the matter.

Match-fixing allegations by the BBC and online BuzzFeed News broke before last month's Australian Open. The allegations were further fueled by former Australian professional Nick Lindahl pleading guilty in January to match fixing in a minor tournament in 2013. A top global bookmaker was also suspended for betting on a suspicious match at the Australian Open.

The ESSA report said that in the final quarter of 2015, there were 35 sporting events deemed to be suspicious with tennis accounting for 24 of them and soccer eight.

For the whole year, soccer triggered 19 alerts, while table tennis, ice hockey, snooker and greyhound racing each featured twice. Geographically, 38 of the alerts originated in Europe, 24 in Asia, 16 in North America and 11 in South America. Africa accounted for nine. Most of the cases of suspicious betting in soccer occurred in European matches. Tennis was more evenly spread globally, led by Asia (19 cases), Europe (18) and North America (14).Moreover, a Croatian tennis umpire banned from officiating for 12 months after a corruption inquiry worked as a linesman at last year's U.S. Open because of a "flaw in our system," the United States Tennis Association said on Feb. 12. Denis Pitner was suspended by the International Tennis Federation in August after sending information about a player to a coach during a tournament and regularly logging on to a betting account from which bets were placed on tennis matches.

Pitner incurred his suspension by the ITF six months after fellow tennis umpire Kazakhstan's Kirill Parfenov was banned for life for contacting another official on Facebook in an attempt to manipulate the scoring of matches. Both umpires were sanctioned for breaches of the sport's code of conduct for officials, while four other umpires were also under investigation by the TIU.Tennis is still reeling from widespread allegations of corruption in the sport, and the independent review panel (IRP), which was launched last month, will take at least a year to complete its investigations. The IRP was established following media reports criticizing the TIU for not adequately investigating some 16 players repeatedly flagged over suspicions they had thrown matches in the past decade.