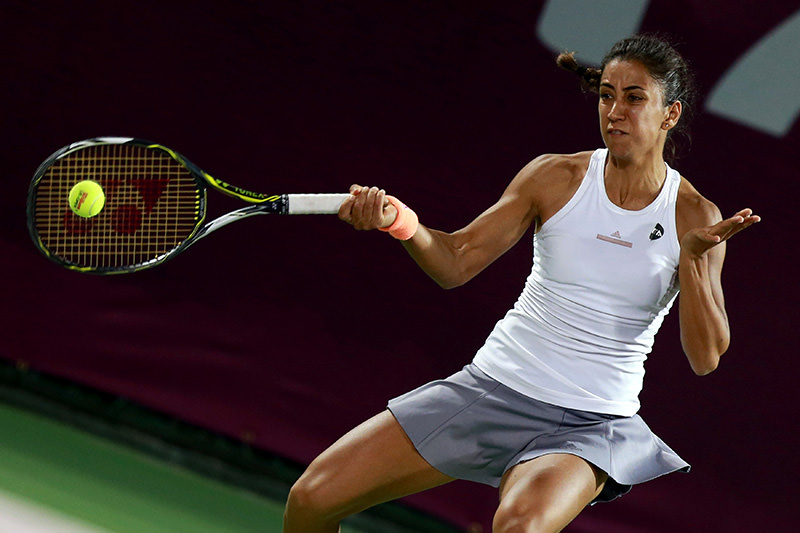 | AA photo
by Daily Sabah with AA Feb 24, 2016 12:00 am
Turkey's Çağla Büyükakçay advanced to the third round of the Qatar Total Open Tuesday defeating last year's champion and number 7 seed Lucie Safarova from the Czech Republic.

Büyükakçay defeated 2015 French Open finalist 7-6, 7-5, becoming the first Turkish tennis player to advance to the third round of a tennis tournament at the professional level.

The Turkish female athlete, who is currently ranked 162, is set to play Italia's Roberta Vinci in the third round.

Büyükakçay (26) has won eight singles and fifteen doubles titles on the International Tennis Federation tour in her career. On 23 February 2015, she reached her best singles ranking of world number 108. On 21 December 2015, she peaked at world number 114 in the doubles rankings.