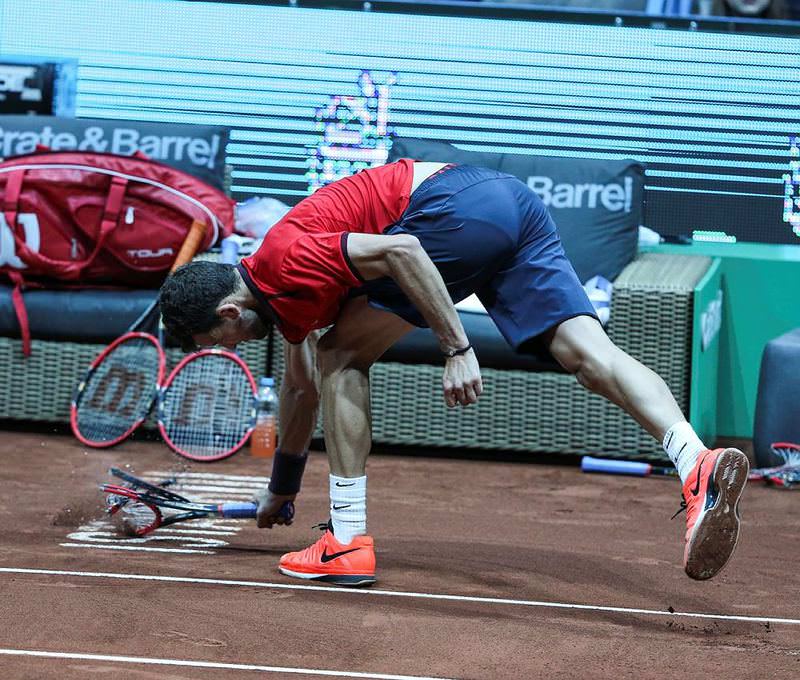 Second seed Dimitrov was leading Argentina's Diego Schwartzman by a set and 5-2 before he completely lost control of himself and eventually the match.

Playing his first final, the Argentine was trailing 5-2 in the second set before winning four straight games. Schwartzman failed to serve the set out but prevailed in the tiebreaker, before dominating the third set with three breaks and completing the victory in 2 hours, 47 minutes.

But it was 24-year-old Dimitrov's antics that grabbed the headlines as he lost 11 of the last 12 games.

Bidding for a fifth career crown and playing in his eighth final, the Bulgarian became increasingly frustrated with his inability to close out the match, smashing racquet after racquet into the Istanbul clay.

Once he went into a third meltdown courtside at 0-5, 40-40 in the decider, it resulted in a game penalty and forfeit of the match.

It was the eighth final for him who won four titles, the last one in Queen's Club in London in 2014.

Dimitrov said he had cramp when he was close to taking the second set.

"It was very unfortunate that I couldn't close out the match," Dimitrov said. "I have to give credit to Diego."