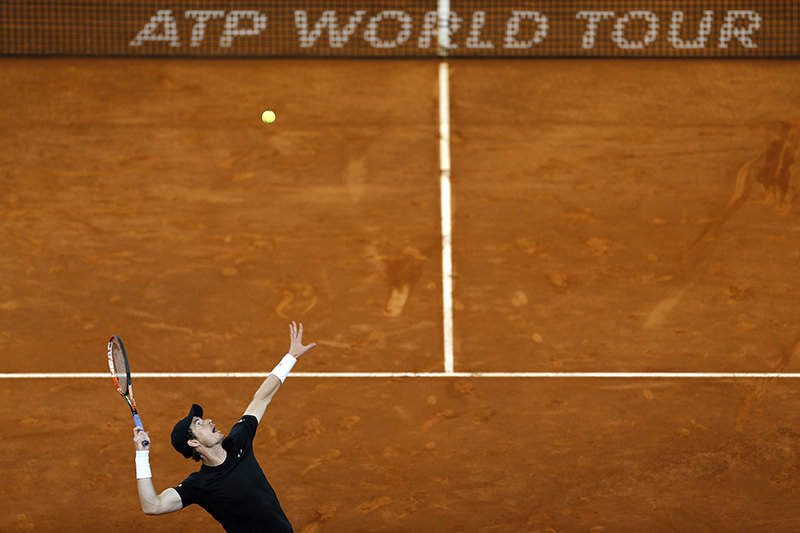 Defending champion Andy Murray registered just his second ever win over Rafael Nadal on clay to reach the Madrid Masters final 7-5, 6-4 on Saturday.

Murray also beat Nadal on home soil to win his first ever Masters event on clay in Madrid last year.

The Scot will face world number one Novak Djokovic or Japan's Kei Nishikori in Sunday's final.

Defeat brings to an end Nadal's 13-match winning run on the European clay this season after looking back to his best on his favoured surface with victories in Monte Carlo and Barcelona in recent weeks.

"I think it was a better win for me this year than last year," said Murray.

"Not loads of players have won against Rafa on clay throughout his career.

"To beat him in Spain on a clay court is obviously a big, big challenge for any player.

"I'm very pleased to have beaten him, it's a big step for me from where I was four or five weeks ago. I'm going back in the right direction again."

Nadal admitted Murray had been the better player on the big points after missing out on 11 of 13 break points.

"It was an open, competitive match which in the end was decided by a few points. The one that played the big points better won," said Nadal.

"He made the difference with his serve. I didn't play my best, but I also didn't play badly. I was at a middling level which wasn't enough to beat Murray."

Nadal had come from a set down to beat Murray in the semi-finals of Monte Carlo and was forced to try to do the same again as the Scot edged a tight first set.

The world number two surrendered a 5-2 lead, but responded perfectly by breaking the Nadal serve to love with a searing forehand return winner to take the set 7-5.

The second set was a tale of break points as Murray saved eight of the nine he faced and pounced on his two opportunities to leave the home crowd silenced.

"When he had opportunities, I think I served pretty well in a lot of them, and also was trying to play sort of aggressive, offensive tennis at those moments.

"I wasn't backing off at all. So I was very pleased with that. Obviously when you play the best players they are going to create chances.

"You have to be able to respond when they do create the chances positively and I think I did that today."

Nadal missed out on three break points in the opening game of the set and two more as Murray held to lead 3-2.

Murray then moved to within a game of victory as he broke with his first chance of the second set. However, Nadal battled back from match point down as Murray fired a forehand long to finally break serve on his ninth break point of the set.

The Spaniard couldn't back up the break, though, as he dumped a smash into the net to bring up two more match points and then also found the net with a regulation forehand to hand Murray victory in just over two hours on court.