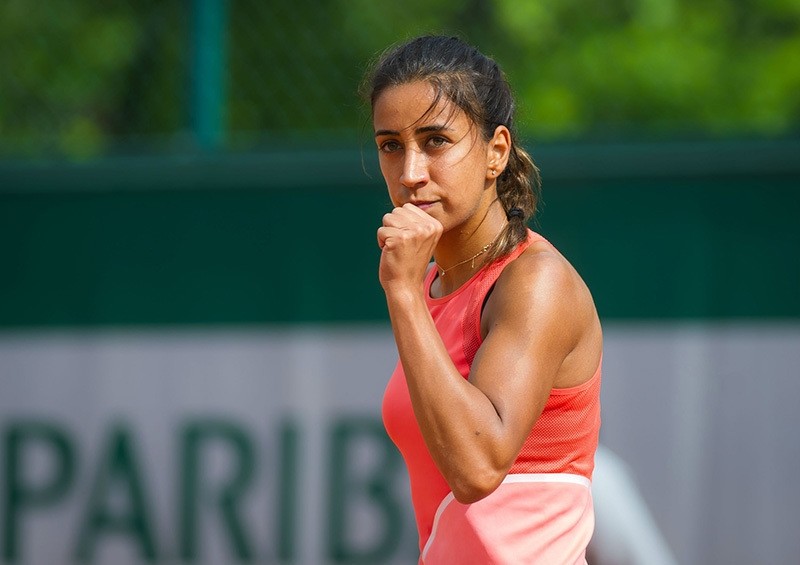 Çagla Büyükakçay has become the first Turkish female tennis player in the Open era to reach the second round of a Grand Slam, after beating her opponent two sets to one in the French Open in Paris late Monday.

Büyükakçay fought back from a set down to beat Belarus's Aliaksandra Sasnovich 5-7, 7-6 and 6-2 in the first round of Roland Garros.

The 26-year-old Adana native, 83rd overall in the Women's Tennis Association (WTA) ranking, had taken on Czech Klara Koukalova on Friday, in the third round of the French Open qualifying matches, becoming the first Turkish woman to qualify for the event.

She will take on the 24th seed, Russia's Anastasia Pavlyuchenkova, on Wednesday.
Last Update: May 24, 2016 10:55 am
RELATED TOPICS