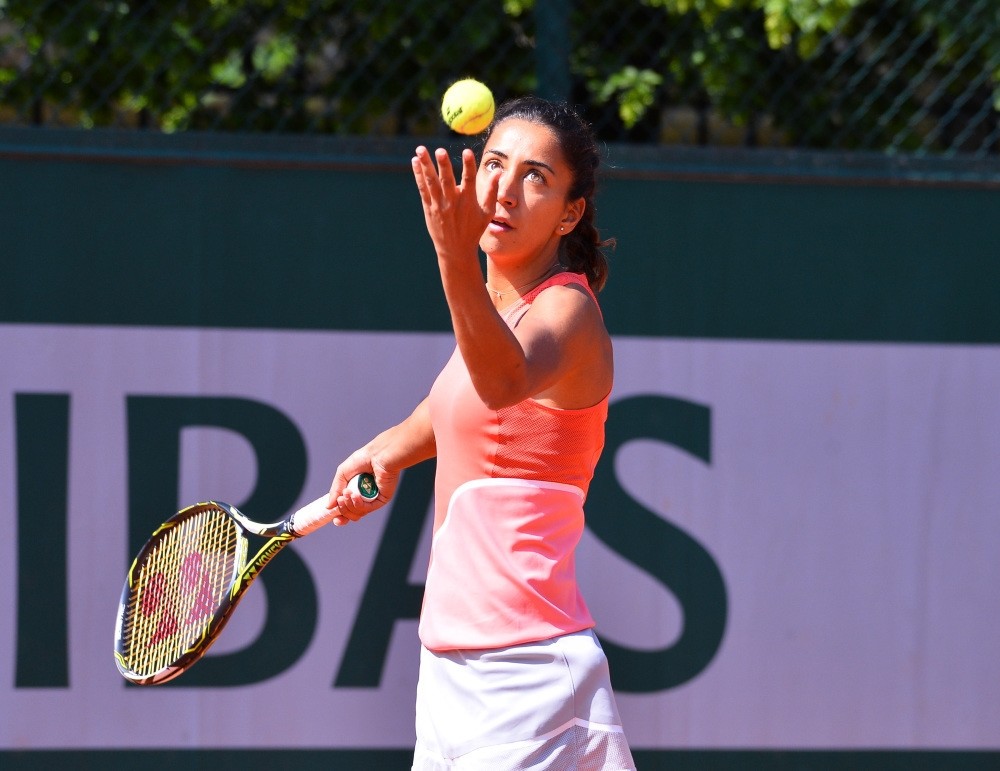 by Daily Sabah with Wires May 26, 2016 12:00 am
Çağla Büyükakçay (above), who became the first Turkish female tennis player in the Open era to reach the second round of a Grand Slam, lost to Russia's Anastasia Pavlyuchenkova 2-1 on Wednesday.

The 26-year-old Adana native, 83rd overall in the Women's Tennis Association (WTA) ranking, was defeated by Pavlyuchenkova with 6-3, 4-6, 6-1. The other Turkish players Marsel İlhan and İpek Soylu also said farewell to the tournament in the firstround on Tuesday. Meanwhile, Spanish fourth seed Garbine Muguruza strolled into the third round when she eased past French wildcard Myrtille Georges 6-2 6-0 on Tuesday.