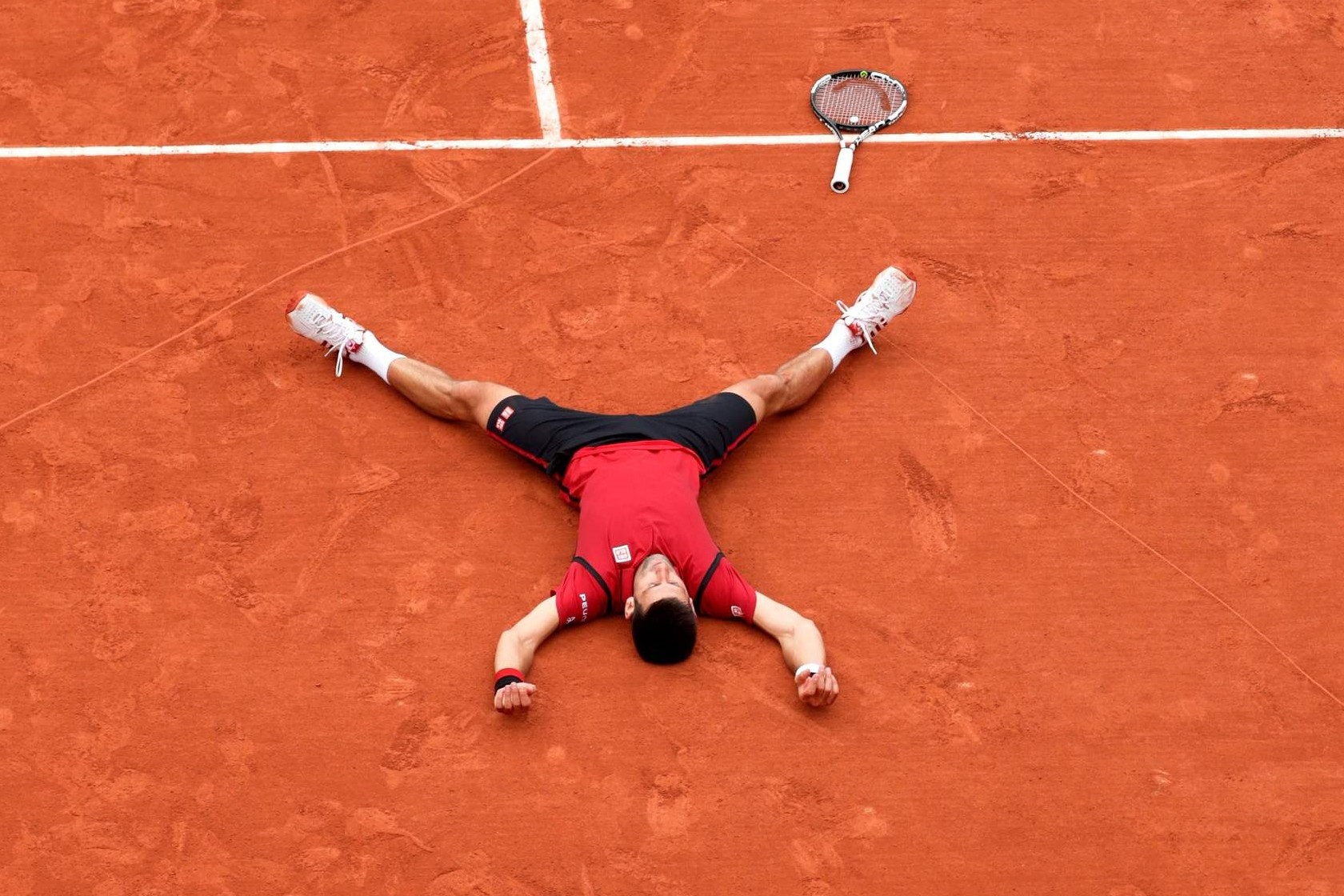 It would be hard to blame Novak Djokovic for not exactly being thrilled, as he began his ascension to tennis' upper reaches, about having to deal with a couple of all-time greats such as Roger Federer and Rafael Nadal.

"At the beginning," Djokovic said, "I was not glad to be part of their era."

That eventually changed. He rose to the challenge.

Djokovic said this Sunday evening, after beating Andy Murray 3-6, 6-1, 6-2, 6-4 in the French Open final to finally capture the trophy that had eluded him. With it, he completed a career Grand Slam, joining a group of seven other men, including Federer and Nadal. But Djokovic also now has done something neither Federer nor Nadal, for all of their accomplishments, ever managed: win four Grand Slam titles in a row, a feat last pulled off by Rod Laver in 1969.

Just as tennis rivalries of the past served to boost all parties — Sampras vs. Andre Agassi, say, or Bjorn Borg vs. John McEnroe — Djokovic credits his two key contemporaries (and Murray, too) with forcing him to figure out ways to get better.

That includes certain strokes, sure, but also changes to his diet and physical preparation.

Djokovic is the unquestioned No. 1 in the game right now, and at an age, 29, where more titles should be attainable.

"He's the best player now," said Marian Vajda, who co-coaches Djokovic with Boris Becker, "and (getting) the French will give him a boost."

Here is what else we learned from the 2016 French Open:

RAISE THE ROOF: The clay-court major tournament needs a roof, but it's not going to get one anytime soon. Everyone was thankful the 15-day event did not require 16 — or more — to complete, after one full washout of a day and only 2 hours of play on another. The Australian Open and Wimbledon are able to get matches in under the protection of a roof in case of wet weather, and the U.S. Open will have a retractable cover this year. Alas, the French Open's will not be ready until 2020, at the earliest.

SO CLOSE, SO FAR: For Murray, born a week before Djokovic, it can't be easy to keep coming so close to Grand Slam titles. Yes, Murray has won two, but he also now has lost in eight major finals, five against Djokovic, three against Federer.

STAR IS BORN: French Open women's champion Garbine Muguruza moves up to a career-best No. 2 in the rankings Monday and appears to be a real star-in-the-making. She's 22, equipped with flat and furious groundstrokes, is fearless on court — witness the way she kept attacking during a 7-5, 6-4 victory over No. 1 Serena Williams in Saturday's final — and quite confident off it. Plenty of folks, including the Spaniard herself, expect this to be the first of many major trophies. "I'm ambitious," she declared.

WHAT NOW FOR SERENA?: After collecting four consecutive Grand Slam trophies through Wimbledon last year to raise her career count to 21, one short of Steffi Graf's Open-era record, Williams has stalled, losing in the semifinals at the U.S. Open and in the finals at the last two majors. So, at 34, is she done? "No, no, no, no, no, no, no," replied Muguruza's coach, Sam Sumyk.

ROGER AND RAFA: For the first time in a long time, Federer, 34, and Nadal, who turned 30 on Friday, were not factors at Roland Garros. Federer sat out a major for the first time since 1999, and Nadal withdrew before the third round; both cited injuries. Who knows how much longer each will be around in the latter stages of Slams? Eventually, new faces will come along. One promising newcomer who could be part of the next generation of contenders is Dominic Thiem, a 22-year-old Austrian who reached his first major semifinal before losing to Djokovic in Paris.