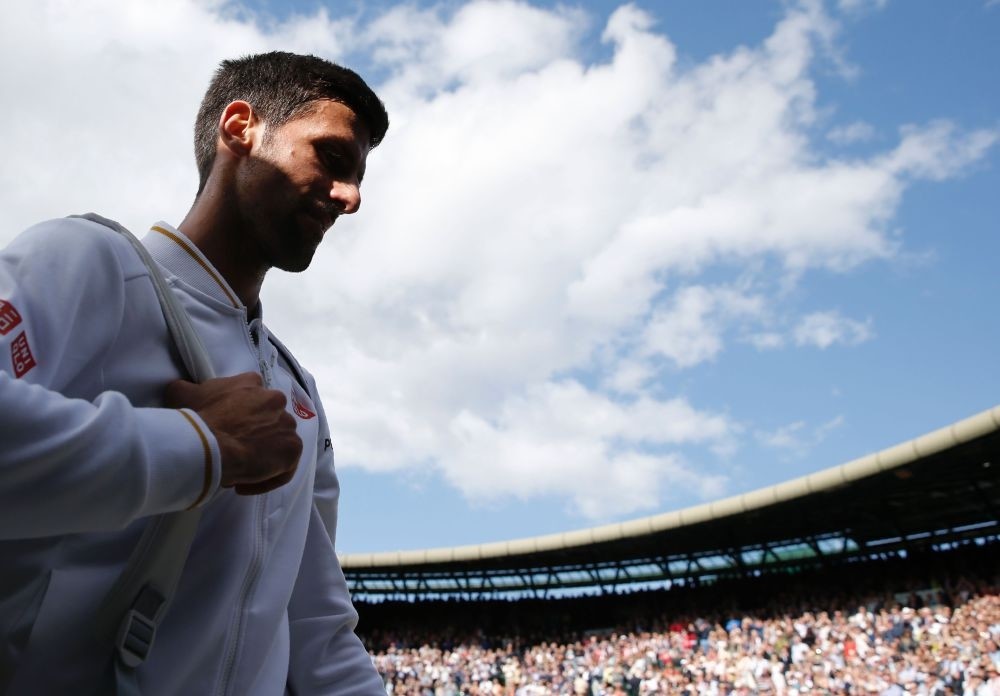 by Associated Press Jul 04, 2016 12:00 am
Facing yet another critical point during a match he never controlled, Novak Djokovic stretched for a half-volley drop winner, held up his right index finger - reminding the world, "I'm No. 1!" - then threw an uppercut and bellowed. Perhaps this was the moment everyone kept expecting as he tried to dig himself out of a daunting deficit against 41st-ranked Sam Querrey in the third round at Wimbledon.

Perhaps this was a sign that Djokovic was rediscovering the consistency, efficiency and excellence he maintained for more than a year on tennis's most important stages. To wit: Djokovic had won 30 consecutive Grand Slam matches, carrying him to four consecutive Grand Slam titles, the longest such run by a man in nearly a half-century. He didn't just appear to be unbeatable at the majors. He was. No longer. His magical streaks are gone, including two successive titles at the All England Club and 28 Grand Slam quarterfinal appearances in a row, all brought to a sudden, stunning end by a player who has never participated in a major quarterfinal.

With 31 aces against as good a returner as there is, Querrey did what no one else could for so long, beating Djokovic 7-6 (6), 6-1, 3-6, 7-6 (5) in a match interrupted Saturday by three rain delays after being suspended in progress because of showers a night earlier."He just overpowered me," was Djokovic's simple assessment.
RELATED TOPICS