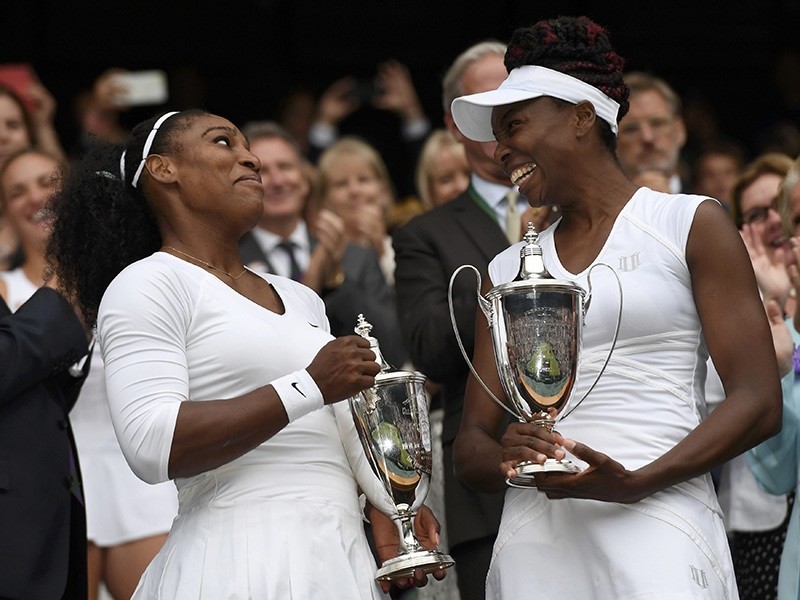 Serena heads home from the All England Club with two trophies: The doubles final started a little more than 3 hours after she beat Angelique Kerber for the singles championship Saturday.

Serena and Venus hadn't played together for two years before this year but reunited as part of their build-up for the Olympic Games next month.