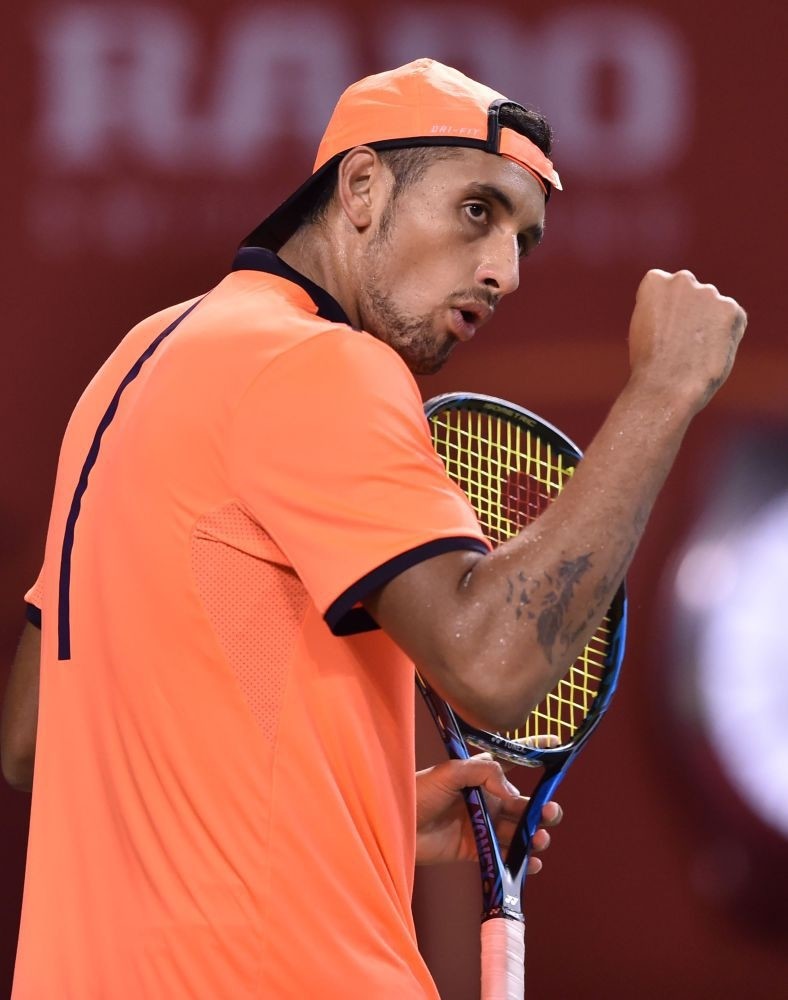 by Oct 10, 2016 12:00 am
Australian power-hitter Nick Kyrgios (above) fired an incredible 25 aces yesterday to win the Japan Open, pounding Belgium's David Goffin 4-6, 6-3, 7-5. Kyrgios rocketed serves clocking in at more than 220 kilometers (136 miles) per hour in quick succession, giving Goffin little time to regain his rhythm. Goffin used his quick footwork and long rallies to put pressure on his opponent, but Kyrgios' fearsome serves in the end overwhelmed the world's number 14. The Australian, ranked 15 in the world, also showed off some sharp ground strokes and saved 11 of 12 break points to lift the trophy in two hours.

"I think my serves are what got me out of trouble," Kyrgios said. "David makes you feel like the court is small. It was a tough match."

Kyrgios grabbed his third trophy of the season, after many of his big-name rivals pulled out of the Tokyo tournament due to injuries. Defending champion and U.S. Open winner Stan Wawrinka withdrew from the event due to back trouble, while home favorite Kei Nishikori, winner in 2014 and 2012, was unable to finish his second-round match Wednesday because of muscle strain. Injuries also forced Argentina's Juan Martin Del Potro, Japan Open winner in 2013, to skip the tournament after receiving an invitation as a wildcard.
RELATED TOPICS