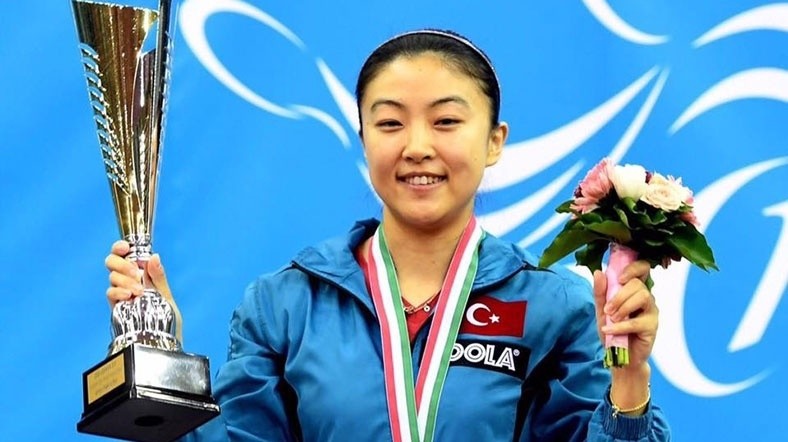 "I am happy with the way I played today. I am not afraid any more of the penholders. I was very confident and I had a feeling for the ball," said Hu. Yu just said: "She was very fast. I had no answer to her game." In the semifinal Melek showed no trace of fear in the match against Li Jie of Netherlands 4:0 (11:5, 11:3, 11:3, 11:6). She was in fast lane for final. Turkish player had a lot of chances for practice in the past few days against defenders, even a day before she played two matches against Han Ying and Polina Mihkailova, so she was ready for the challenge. With her top spin and killer short ball that followed she was a nightmare for Li. It was risky, but it paid off.

"For sure Li showed very little from her usual game. She was far from her best. Yesterday I had to play long matches and use my back spin, so today I decided to be more aggressive and to attack," said Hu. As opposed to first semifinal, the duel between Elizabeta Samara and Yu Fu was everything but one way fast affair. The European champion from 2015 stretched Yu to full resistance 3:4 (8:11, 12:10, 5:11, 13:11, 14:12, 8:11, 11:8) but after a fierce battle she lost her crown. In the physical aspect of the game it was Yu who dominated, and Samara was one step behind all the time. "We both struggled with the receipt of service. In addition I had a difficulties with the ball. It bounced a little bit strangely," said Yu. President Recep Tayyip Erdoğan congratulated Melek Hu for his historic achievement.
RELATED TOPICS