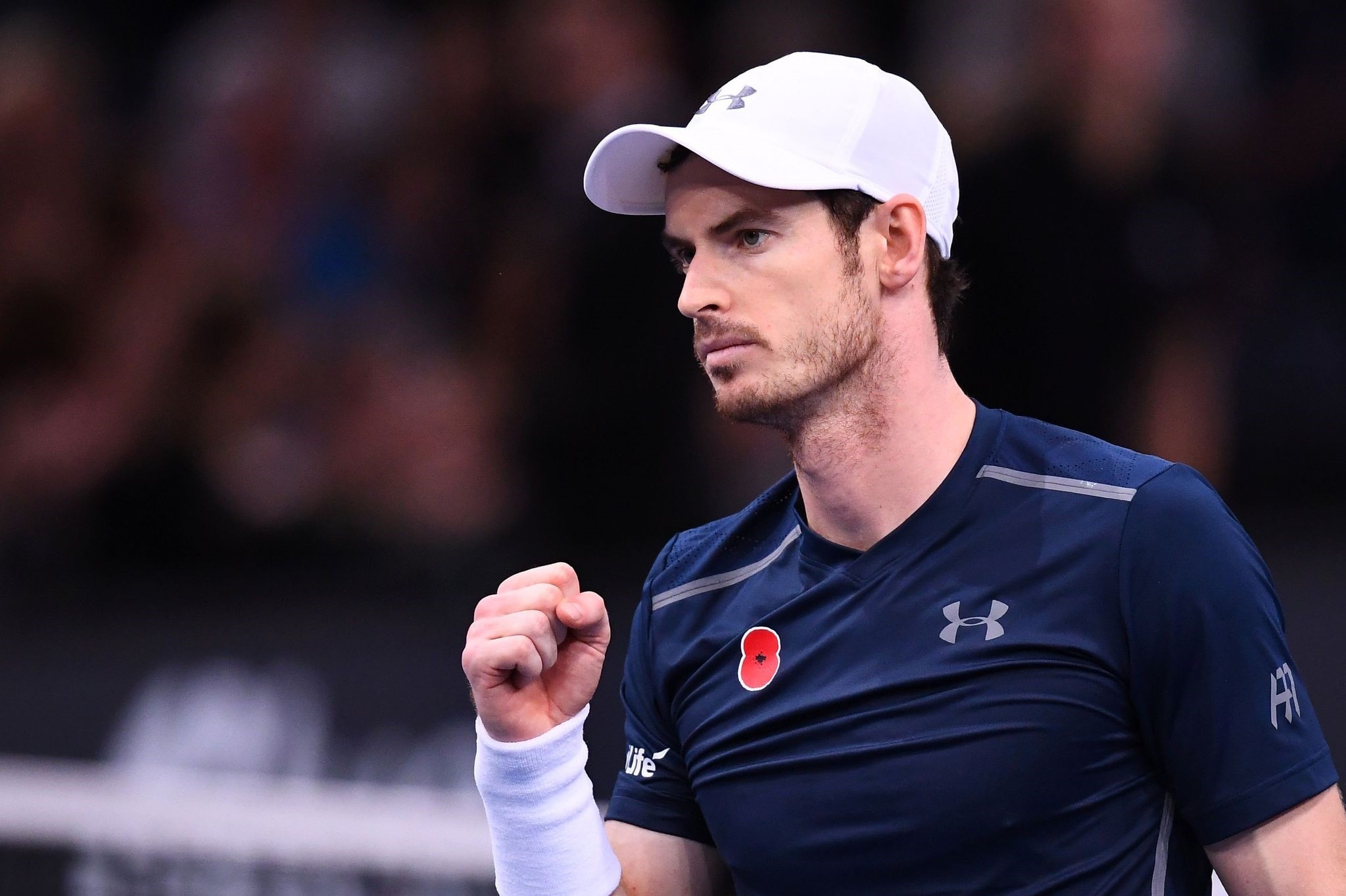 Murray celebrates after winning his quarter-final tennis match against Tomas Berdych at the ATP World Tour Masters 1000 indoor tournament in Paris on Nov. 4, 2016. (AFP Photo)
by Nov 05, 2016 12:00 am

Britain's Andy Murray became the new world number one on Saturday after Milos Raonic withdrew from their Paris Masters semi-final with injury.

The walkover will see Murray, 29, move to the top of the rankings for the first time in his career after replacing long-time incumbent Novak Djokovic.

The Scot's climb to the ATP rankings' summit caps a remarkable year which has seen him win a second Wimbledon crown and mount a successful defence of his Olympic title in Rio.

Raonic said he had suffered a muscle tear in his right leg in his previous match, sending Murray through to face John Isner in Sunday's final.

"This morning I had trouble waking up and getting out of bed. So I went to sort of clear any serious diagnosis," said Raonic, who hurt himself in Friday's quarter-final win over Jo-Wilfried Tsonga.

"Did some tests. Did an MRI half an hour ago, let's say. They found that I have a tear, Grade 1 tear in the right quad.

"Unfortunately, I'm not able to compete against Andy today in the second semi-final."

Murray had needed to reach the final to supplant Djokovic at the top following the Serb's defeat to Marin Cilic in the last eight.

But he didn't need to hit a single ball as Raonic announced his withdrawal in a hastily-arranged press conference.

Murray will be confirmed as the new number one when the latest rankings are released on Monday.

He will meet Isner as he targets a maiden Paris Masters title after the big-serving American toppled Cilic 6-4, 6-3 in the first semi-finals.

Isner, who also reached the last four in 2011, broke the ninth seed at 4-all before serving out for the first set.

Cilic sealed his place at the Tour Finals in London this week and then snapped a 14-match losing run against Djokovic, but the Croat couldn't maintain that level against Isner.

The American seized control again at 3-3 in the second set and inflicted his first defeat on Cilic in seven attempts with another break of serve.

Isner will bid for his first Masters 1000 title after reaching the final at Indian Wells in 2012 and Cincinnati in 2013.