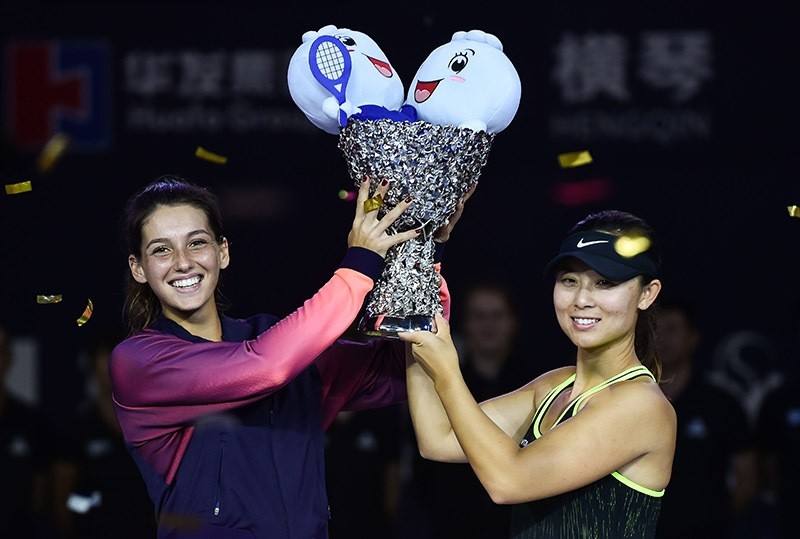 The Elite Trophy tournament featuring both singles and doubles is organized by the Women's Tennis Association (WTA) held in the Chinese city of Zhuhai.

No. 2 seed İpek Soylu and her partner Xu Yifan faced No. 6 seed Yang Zhaoxuan and You Xiaodi from the hosting country at the doubles final.

The 10-7 match lasted for an hour and 27 minutes and ended with a 2-1 victory for İpek Soylu and her Chinese partner Xu Yifan.

So far, İpek Soylu has three championship titles at the WTA doubles tournament, including the TEB BNP Paribas Istanbul Cup and Taşkent Open in 2016.