Sharapova to return in April after 15-month doping ban 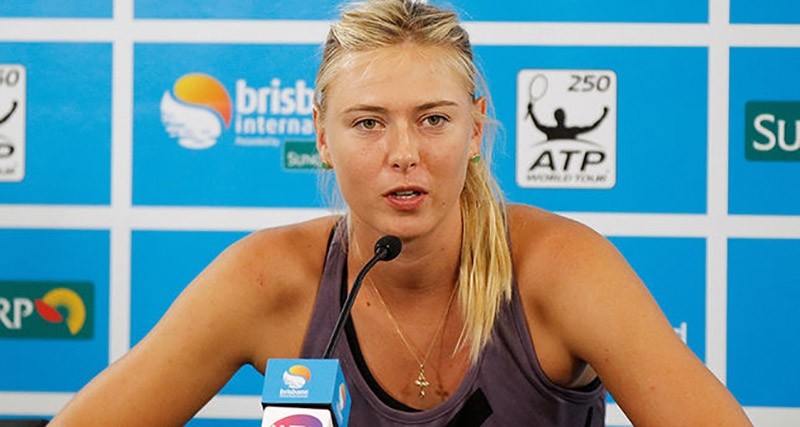 Maria Sharapova of Russia speaks during a news conference at the Brisbane International tennis tournament in Brisbane, Australia January 1, 2013. (Reuters Photo)
by Compiled from Wire Services Jan 10, 2017 12:00 am

The Florida-based Russian was originally banned for two years after testing positive for meldonium at last year's Australian Open.

Car manufacturer Porsche, which sponsors both Sharapova and the event in Stuttgart, said Tuesday that Sharapova has been given a wild-card entry into the tournament.

"I could not be happier to have my first match back on tour at one of my favorite tournaments," said the 29-year-old Sharapova, who won the Stuttgart tournament from 2012-14. "I can't wait to see all my great fans and to be back doing what I love."

She will return to action in time to contest the season's second grand slam at Roland Garros. The French Open begins on May 22.

The Russian will have to rely on wild-card invites to tournaments, including Grand Slams, for a while because her ban means she has fallen out of the world rankings, which only count tournament performances over the preceding 12 months.

Sharapova was originally banned for two years but that was reduced on appeal in October. She said she had used meldonium for years for medical reasons and was not aware it had been banned for the 2016 season.

During her ban, she has played in some exhibition events. Known for setting up her own confectionary brand and for an interest in the commercial side of tennis, Sharapova also enrolled in a two-week program at Harvard Business School last year.