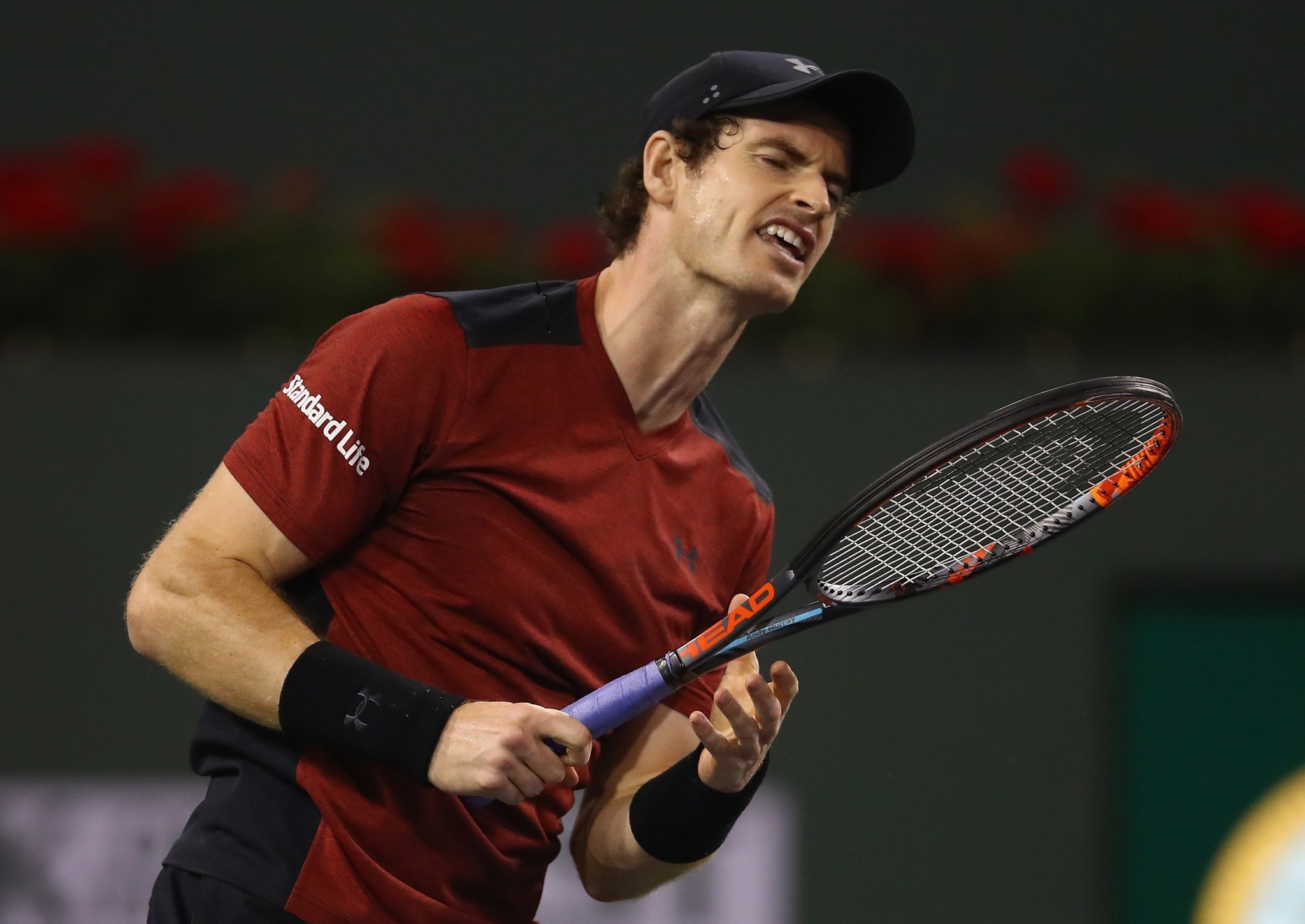 Vasek Pospisil, playing tennis with renewed purpose after a tumultuous 2016, knew something big was coming, but a stunning triumph over world number one Andy Murray exceeded his expectations

"I felt like I had the ability to do it, but going through it is another thing," Pospisil, a former Wimbledon doubles champion, said after notching the biggest singles win of his career 6-4, 7-6 (7/5). "I just tried to stay composed."

Murray, coming off his first title of 2017 at Dubai, was again brought up short in Indian Wells, where his best showing is a 2009 runner-up finish to Rafael Nadal. He was at a loss to explain his erratic results in the California desert.

"I don't know exactly why it is, because in practice here normally I play pretty well," Murray said. "And then some years I played well. Some years it just hasn't quite happened for me."

Murray was particularly disappointed to have dropped the first set after twice going up a break. But a lackluster service effort, including seven double-faults, spelled disaster in the face of Pospisil's aggressive attack.

The 26-year-old Canadian had the Stadium Court crowd solidly behind him as he battled at the net. Trailing 4-2 in the first set, Pospisil won six straight games as he went up a break in the second before Murray broke back to knot the score at 2-2.

They went with serve to the tiebreaker, in which Murray's double-fault gave Pospisil a 3-1 lead. Murray saved one match point with a service winner before holding off Pospisil on two more on the Canadian's serve. But Pospisil finally put it away with a forehand winner.

"I started a little bit kind of tentative, just trying to get into the match," Pospisil said.

"I felt like I was playing better as the match was going on," he added.

"I was just kind of sticking to the game plan and kind of distracting my mind with what I wanted to do on the court.

"Of course still some thoughts come in, especially in the second set. It's not every day you're close to beating the number one player in the world. So I did well to kind of stick with the process and not really get distracted."

Murray, who endured a disappointing fourth-round exit at the Australian Open, was left to regroup before the fast-approaching Miami Masters.

Pospisil, meanwhile, was looking ahead to a meeting with Serbian qualifier Dusan Lajovic, a 6-2, 4-6, 7-6 (7/2) winner over Spain's Feliciano Lopez.

"I'm going to enjoy this tonight, and obviously tomorrow morning I'm going to wake up and almost try to forget about it as much as possible," he said.

Third-seeded Swiss Stan Wawrinka advanced without incident, downing Italian Paolo Lorenzi 6-3, 6-4 to set up a third-round meeting with Germany's Philipp Kohlschreiber, who was trailing 6-7 (3/7), 1-1 when Alexandr Dolgopolov retired from their match.
RELATED TOPICS