With Murray out the way, Wawrinka only man standing between Nadal and his 'la decima' dream 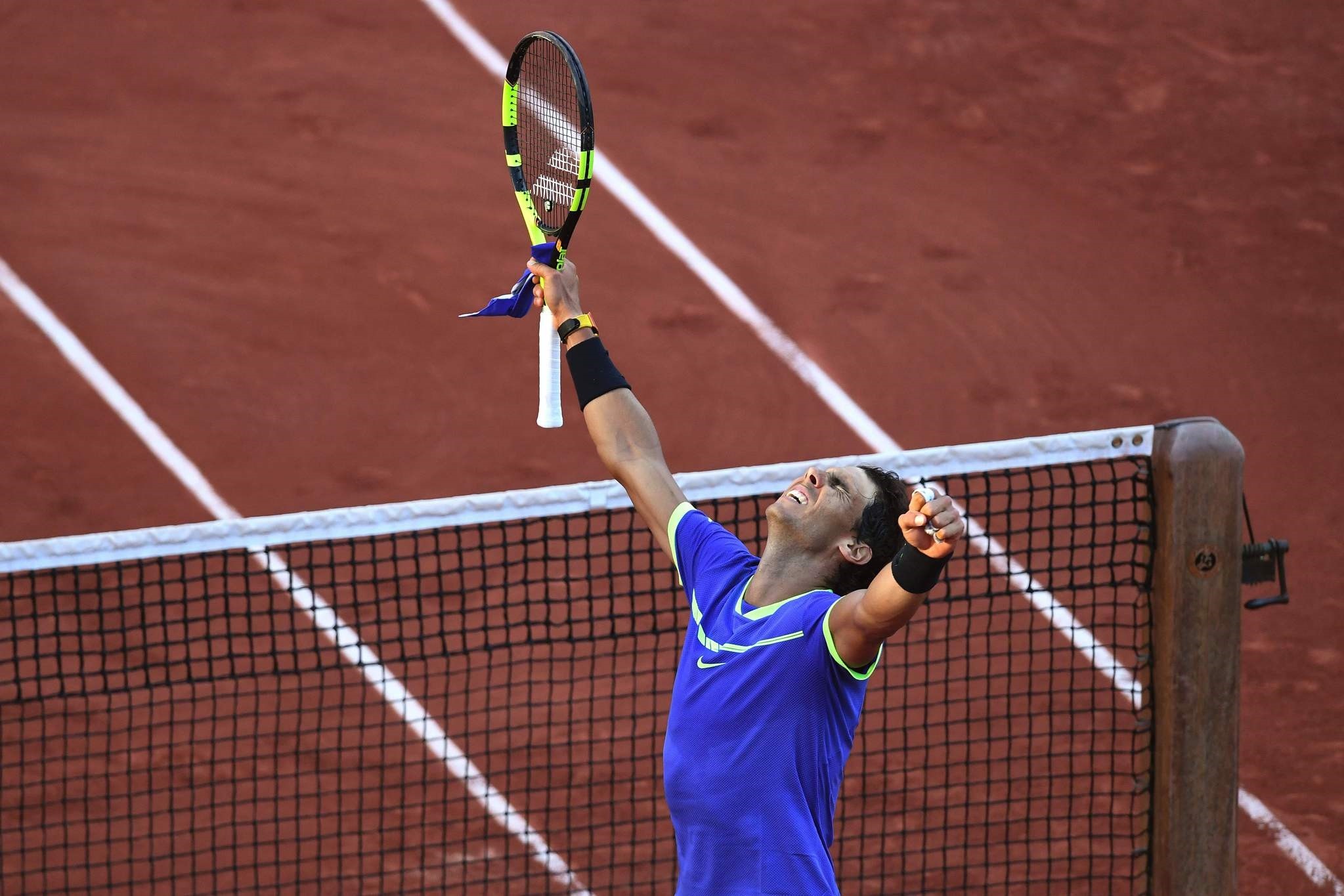 Spain's Rafael Nadal celebrates after winning his semifinal tennis match against Austria's Dominic Thiem at the Roland Garros 2017 French Open on June 9, 2017 in Paris. (AFP Photo)
by Jun 09, 2017 12:00 am

Stan Wawrinka remains the final barrier between Rafael Nadal and a record 10th French Open title after the Spaniard crushed Dominic Thiem 6-3, 6-4, 6-0 on Friday to continue his title bid.

Nadal moved into the Sunday showdown without the loss of a set after a routine victory in just over two hours; Wawrinka had to work for four and a half to get past top-seed Murray.

Nadal faced one of the hottest players on clay this season as he took on the 23-year-old Thiem. The Spaniard won his 23rd match of 2017 on clay - one more than Thiem.

The Spanish fourth seed has now won four of his last five matches with the Austrian, though Thiem upset Nadal in a Rome quarter-final last month.

Nadal is looking for history in his bid for a 10th title at Roland Garros. He stands a formidable 78-2 at the venue and 42-6 this season.

Wawrinka moved into his fourth grand slam final and stands one win away from duplicating his 2015 trophy in Paris.

"It was mentally a tough battle today, especially in five sets," Wawrinka said. "It was a little bit windy, so it's not easy to always play your best tennis.

"But that's what's happening when you play in semis. You have to accept it. You just need to keep fighting and keep going for it."

Today was the 32-year-old's first win since 2015 against Murray, who stands 10-8 in their career series.

It was also the fourth time in Wawrinka's career that he beat a world number one, and also his fourth semi-final in the last five majors.

At 32 years 75 days, Wawrinka is the oldest man to reach the Paris final since Niki Pilic finished runner-up aged 33 years 280 days in 1973.

Trailing two sets to one, Wawrinka recovered to win the fourth set in a tie-breaker and level the match.

Starting the fifth set, Wawrinka shot away to take a stranglehold, winning six straight games and finishing the marathon effort with a ripping backhand winner down the line.

Wawrinka went for his shots throughout the struggle, compiling more than 70 each of winners and unforced errors.

"When you're 5-0 down and three breaks behind in the fifth set you're not that optimistic," Murray said. "I tried to keep fighting.

"I'm proud of the tournament I had. I did well considering. I was one tiebreak away from getting to the final when I came in really struggling. So I have to be proud of that.

"This was a very high intensity match, a lot of long points. When you haven't been playing loads, four, four-and-a-half hours, that can catch up to you a little bit.

"I only have myself to blame for that, for the way I played coming into the tournament. But I turned my form around really, really well and ended up having a good tournament."