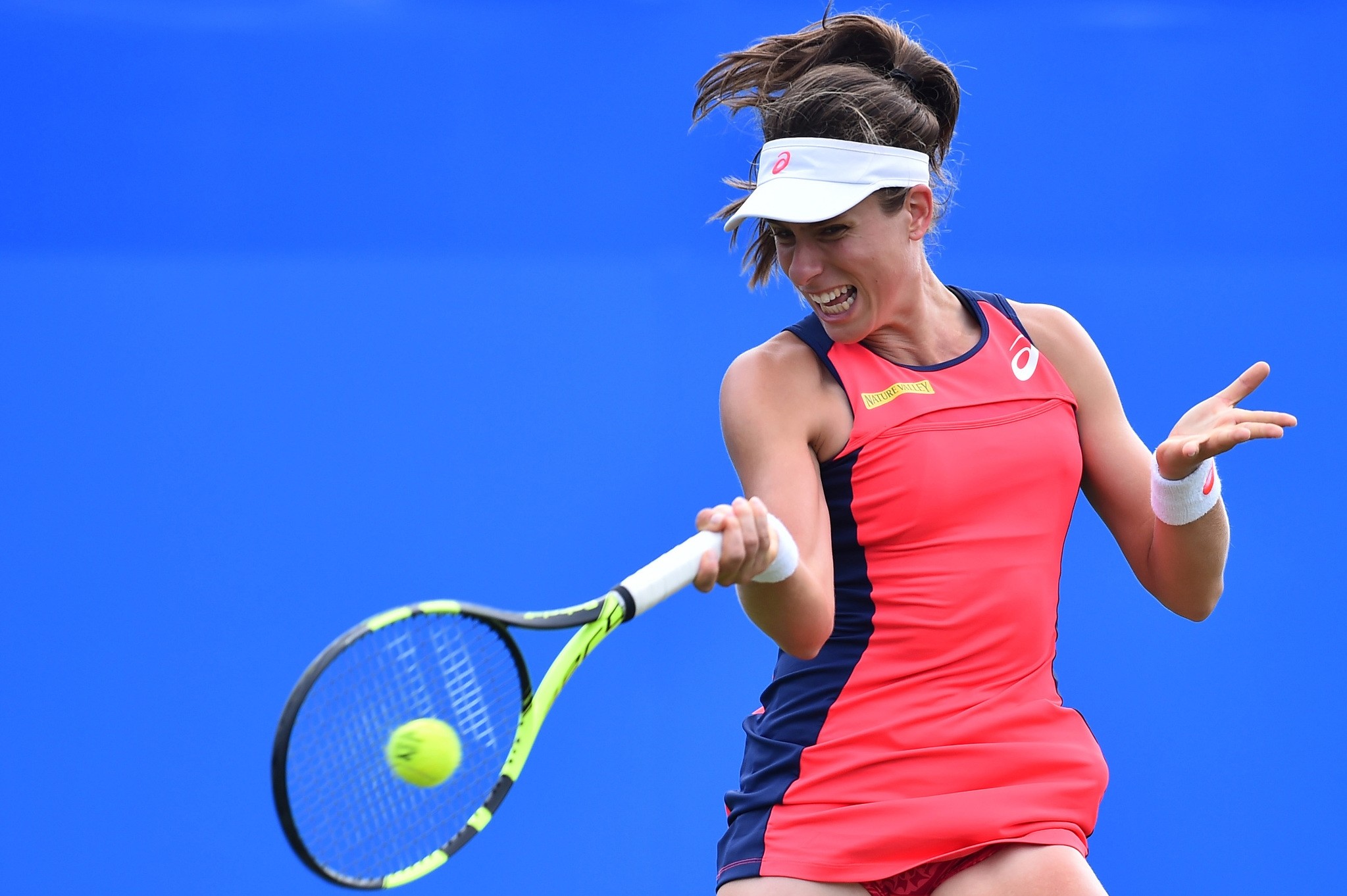 Wimbledon 2017 will be the opportunity for the sportu2019s less heralded names to seize the spotlight, as Latviau2019s Jelena Ostapenko showed with her unexpected breakthrough triumph at the French Open.
by Jul 03, 2017 12:00 am

In the absence of American great Williams and the headline-grabbing Sharapova, women's tennis has an undeniable lack of star power heading into Wimbledon, which gets underway today

With Serena Williams preparing for the birth of her first child and Maria Sharapova sidelined by a thigh injury, the race to be crowned Wimbledon champion is the most wide-open in a generation. Having stepped away from the court as she waits to become a mother in September, Williams, who won Wimbledon in 2015 and 2016, has created a power vacuum at the top that Sharapova was expected to fill when the Russian returned from her doping suspension. Instead, Sharapova lasted just three tournaments before a muscle injury in Rome forced the five-time major winner to withdraw from the Wimbledon qualifying tournament. In the absence of American great Williams, who has 23 Grand Slam titles on her CV, and the headline-grabbing Sharapova, women's tennis has an undeniable lack of star power heading into Wimbledon, which gets underway today.

But the flip-side is the opportunity for the sport's less heralded names to seize the spotlight, as Latvia's Jelena Ostapenko showed with her unexpected breakthrough triumph at the French Open.

"Of course, it's different if Serena is not here. Everything is possible, in two weeks especially," world number one Angelique Kerber said.

Ostapenko, 20, shot up to 13th in the world from 47th after coming from a set and 3-0 down to defeat Simona Halep in the Roland Garros final. Now she has to prove that stunning success was more than a flash in the pan.

A junior Wimbledon champion in 2014, Ostapenko's game is well suited for the low-bouncing lawns of the All England Club, now that she has learned to enjoy a surface she once thought was only "for soccer."

While Ostapenko, who faces Aliaksandra Sasnovich in the first round, arrived in London on a wave of post-Paris euphoria, second seed Halep is still struggling to come to terms with her failure to win her first Grand Slam. Three games away from the title and the world number one ranking, Halep crumbled to her second major final defeat - the other coming at the 2014 French Open. The 25-year-old Romanian, who has never been past the semi-finals at Wimbledon, opens her campaign against Marina Erakovic.

Kerber, who starts against Irina Falconi, needs to improve dramatically after making unwanted history when her defeat against Ekaterina Makarova made her the first top-ranked woman in the Open era to fall in the opening round at Roland Garros. Beaten by Serena in the Wimbledon final 12 months ago, Kerber, who won the Australian and U.S. Opens last year, has yet to claim a single WTA title in 2017.

If Petra Kvitova gets her hands on the Venus Rosewater Dish for a third time, it would complete a fairytale comeback for the Czech following the horrific hand injury she sustained while being attacked by a knife-wielding burglar in her home in December.

Kvitova, the Wimbledon champion in 2011 and 2014, was out of action for six months, but she returned at the French Open before winning the Birmingham title on grass last week. Five-time Wimbledon winner Venus Williams, aged 37, will be another sentimental favorite.

Former world number one Victoria Azarenka is back in action after taking a year off to become a mother.