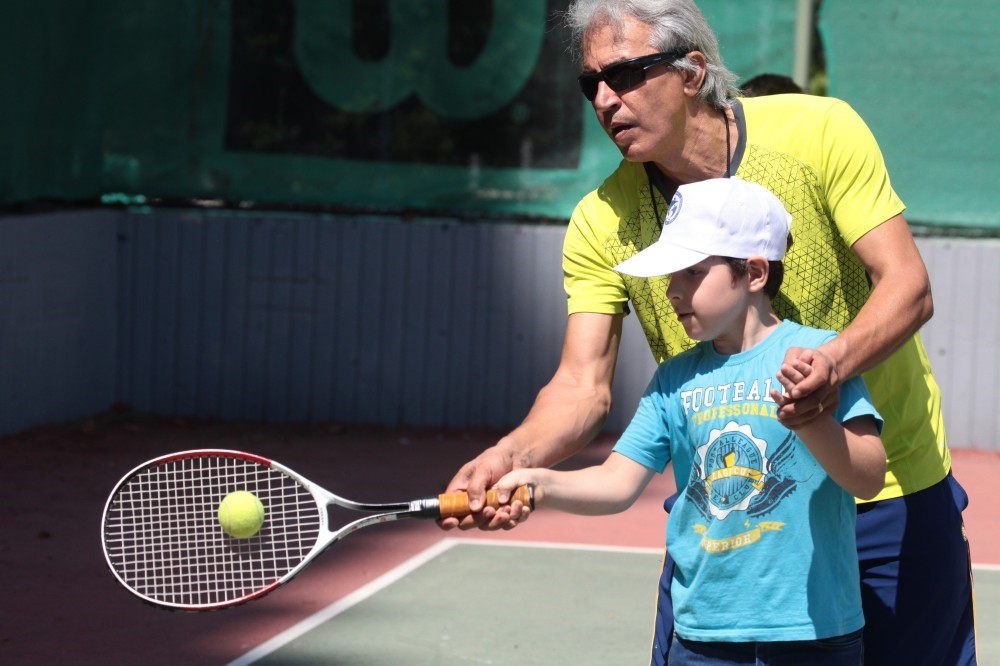 As a social adaptation aid for Syrian children, the Association for Solidarity with Asylum Seekers and Migrants (ASAM) has partnered with the Adana Tennis Federation to organize youth tennis courses. ASAM's project manager Zübeyde Ekmekçi stressed that the program is designed to advocate against child labor and underage marriage.

Ekmekçi told Anadolu Agency (AA) that the first group completed their training last month, noting: "We have been tracking the social progress of Syrian children. The Adana Tennis Federation's provincial representative Ferudun Açan trains Syrian children in groups of 15. Children with Down syndrome receive separate training. We organized these activities specifically for the social adaptation of disadvantaged children. Syrian children attend the tennis lessons with their Turkish friends."

"We have several targets. We want to prevent Syrian children from being exploited in the black market as child labor. We also aim to prevent them from marrying at an early age. There are children here who want to continue to play tennis and go to school. Tennis increases their academic performance in school, as well. Their social adaptations have sped up because they develop cultural connections," he explained.

Ferudun Açan added: "We provided lessons at the Çağla Büyükakçay Tennis Courts for one month. I want tennis to be played in every district of Adana and am working towards this goal. I hope we will reach our target as we want all of our children to play tennis. Tennis must be taught from an early age. I think everyone should play tennis since it is game anyone can play. It is not too difficult or expensive."