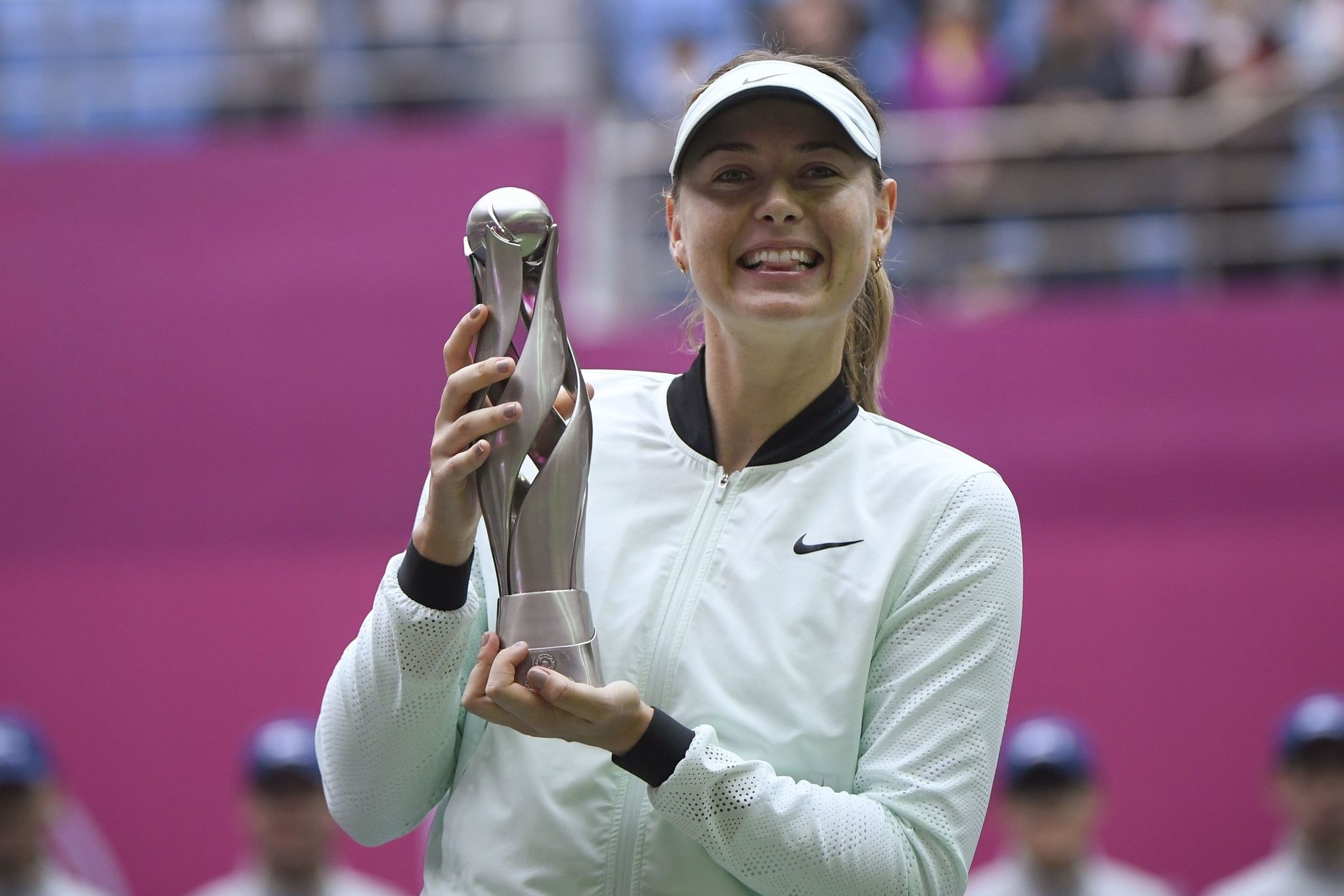 Maria Sharapova won her first WTA title in more than two years at the Tianjin Open yesterday, showing plenty of grit and determination as she came from behind in each set to beat Belarusian teenager Aryna Sabalenka 7-5 7-6(8). The former world number one, who returned to the tour in April following a 15-month doping ban, started the stronger, breaking Sabalenka in her opening service game, but struggled on serve and soon found herself trailing 4-1 in the first set.

The Russian managed to hold serve for the first time in the match at 4-2 and clung on grimly in the face of some hard hitting by her 19-year-old opponent before converting her fourth break point of the next game to get back on serve at 4-3. Her nerves settled, Sharapova began to hit her stride, breaking Sabalenka again to go 6-5 up before closing out the set.

The Belarusian, playing her first WTA final, came back in the second set, opening up a 5-1 lead before serving to send the match into a decider, but Sharapova once again fought back to erase the deficit. The 30-year-old broke Sabalenka twice in succession and held her nerve when facing a set point on serve at 5-4 to level things up, and broke the Belarusian to give herself the chance to serve out the match at 6-5. But there was more drama to come.

The Russian, who sent down seven aces during the contest, double faulted when facing a break point to gift Sabalenka the game and send the set into a tiebreak. Sharapova, whose last title came at the Italian Open in May 2015, had three match points but Sabalenka survived them all before double faulting with the score at 8-8 to hand Sharapova another opportunity. This time, the Russian made no mistake, firing down a powerful serve to seal the victory.

Meanwhile, Roger Federer got one over his old rival Rafael Nadal to win the Shanghai Masters 6-4, 6-3 yesterday in a showdown between the two best players on the planet.