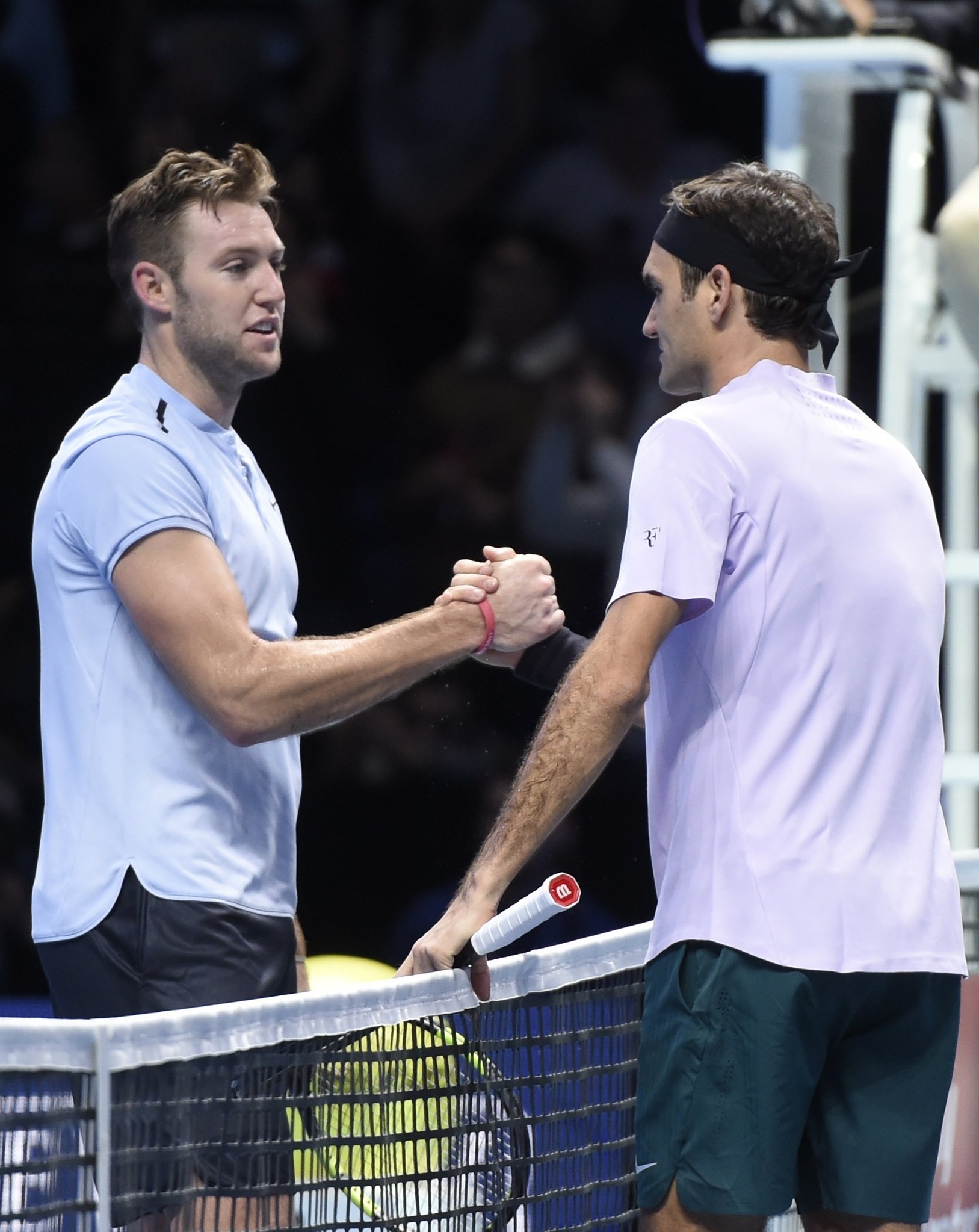 Roger Federer (R) of Switzerland wins against Jack Sock of the USA during their Men's singles Round Robin match at the ATP World Tour Finals tennis tournament in London, Britain, Nov. 12 2017 (EPA Photo).
by French Press Agency - AFP
Nov 12, 2017 12:00 am

Roger Federer joked that he should have taken aim at Jack Sock after the American escaped unscathed despite bizarrely turning his backside towards the Wimbledon champion in their ATP Tour Finals clash.

Federer eased to a 6-4, 7-6 (7/4) victory over Sock in his opening match at the prestigious season-ending tournament in London on Sunday.

But the 19-time Grand Slam winner didn't have it all his own way, at one stage missing an easy forehand after being put off by Sock's unusual form of surrender.

When Sock's attempted drop volley looped harmlessly towards Federer, the 25-year-old thought his opponent would easily fire a winner, so he jokingly bent over and turned away from the net.

Federer was so bewildered by the sight of Sock's rear end unexpectedly looming into view that he dumped his shot into the net.

"It was a big distraction, I'll tell you that, because it (Sock's backside) was very big!" Federer laughed.

"That's what I should have aimed for. That target was bigger than the down-the-line court that I had."

"It's happened sometimes in the past, but not on a big stage like this."

Sock admitted he had been playing for laughs, saying: "I mean, I did it more for fun. Probably do it three times a year. No, it's not a normal tactic."