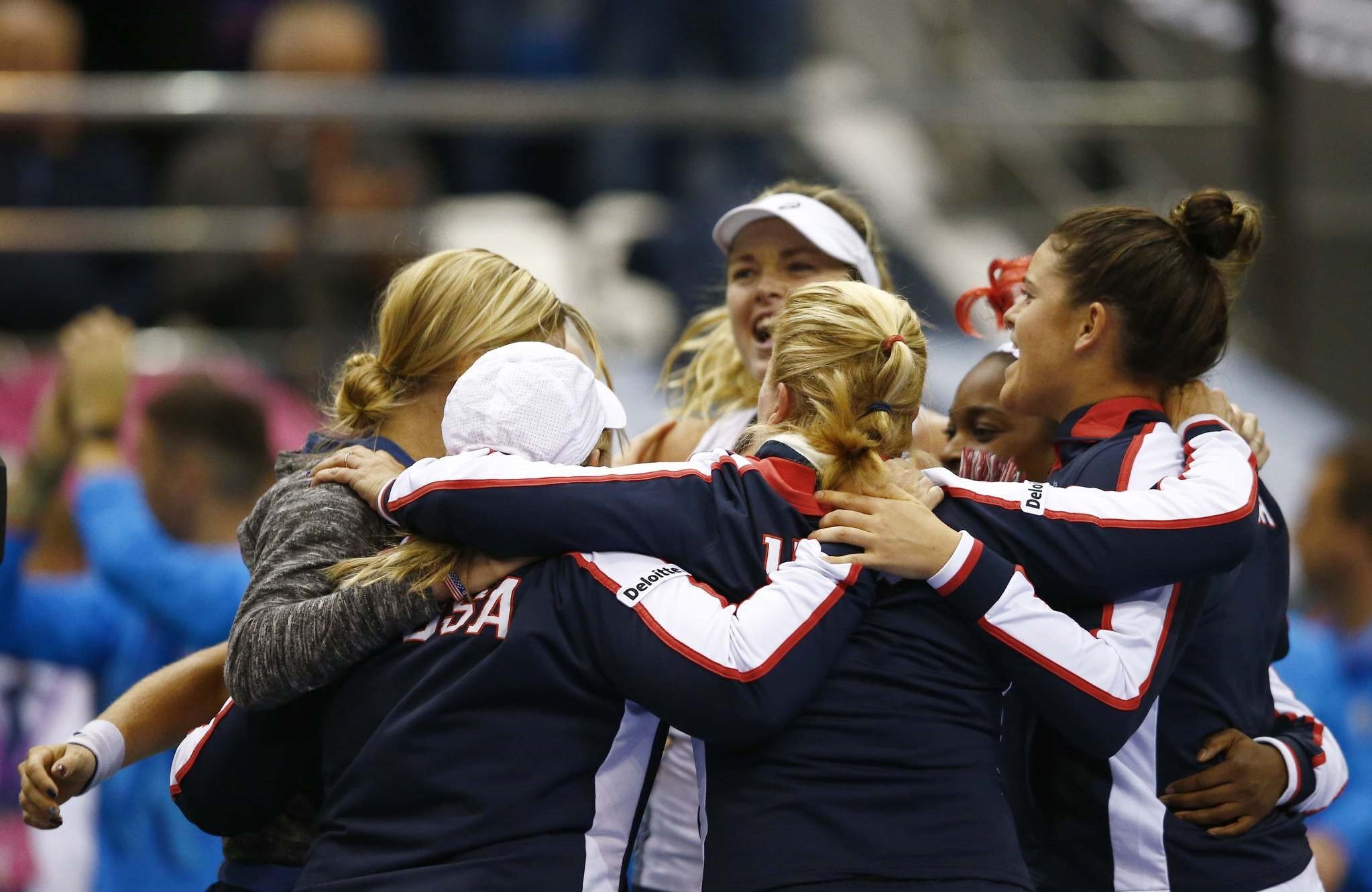 The United States needed to go the distance for a 3-2 win to claim a record 18th title at the Fed Cup final on Sunday, ending a 17-year drought with victory in the deciding doubles rubber over Belarus in Minsk.

Shelby Rogers and Coco Vandeweghe finally got the job done with a defeat of Aryna Sabalenka and Aliaksandra Sasnovich 6-3, 7-6 (7-3) after a day of drama on court.

"I'm just really thrilled for all four players," US captain Kathy Rinaldi said. "Coco came out and just played unbelievable, Shelby stepped up, and Sloane - my heart was broken for her, but she battled this whole weekend, she battled all the way to the end. I'm so proud of all four of them."

In the day's last singles rubber, Sasnovich broke Sloane Stephens as the stumbling US Open champion served for weekend victory, with the Belarus outsider earning a 4-6, 6-1, 8-6 win to keep the host nation in the competition.

Vandeweghe becomes the first player to go undefeated in the Fed Cup season since Czech Petra Kvitova in 2011.

"It was a lot of work and a lot of dedication to the Fed Cup, in each and every round," Vandewegh said after her singles success. "To dedicate my time and energy through my season to be able to perform the best I could for Team USA.

"She did what she's supposed to do and did what I expected her to do - just swing and pray for it to go in and it did. So you just got to recover and keep fighting.

"And then it showed in the second set, she withered when I kept the pressure on her, and then I just closed it out."

Stephens, whose game has fallen into a deep slump since a surprise US Open title two months ago, lost her fifth straight match.

The American led 5-3 and was serving to wrap up the weekend when she lost serve, opening the door for Sasnovich who pulled to 5-5.

The Belarus player dropped her own serve in the 12th game for 6-6, but recovered instantly with an another break and then served out the match in the next game.