Serena Williams ready for comeback but has 'nothing to prove' 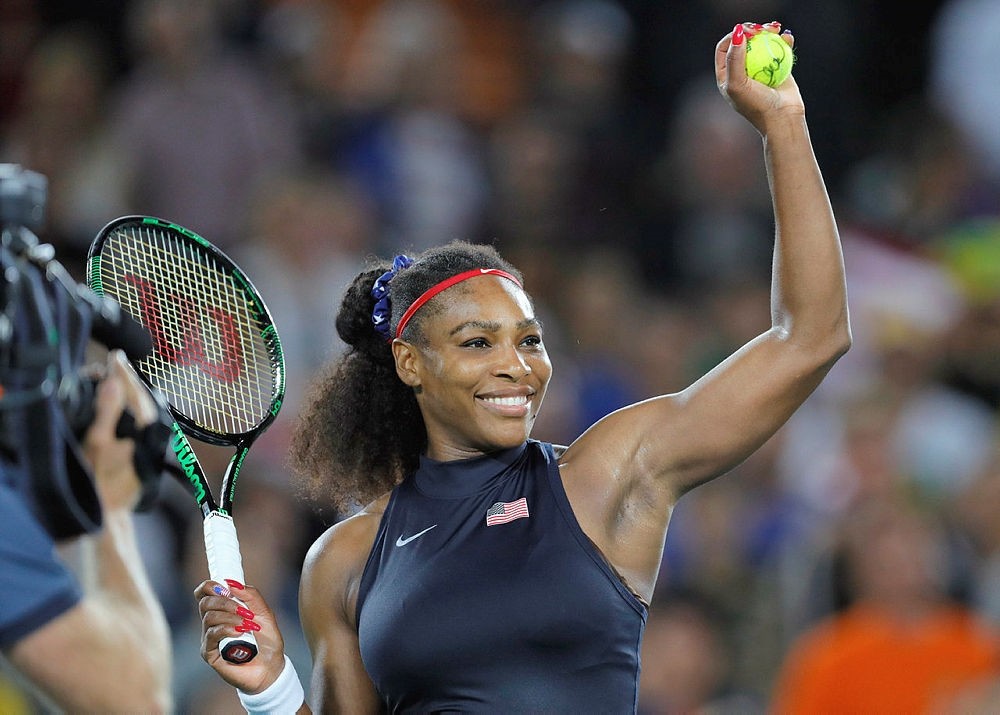 Serena Williams has spoken out about the "ups and downs" she faced during her year away from competitive tennis but insists she's now focused and ready for her quest to once more dominate her sport.

Speaking ahead of her comeback at the Fed Cup in Asheville, North Carolina, where the United States will begin the defense of its crown against an unfancied Netherlands team, the 36-year-old said she had the benefit of a new outlook following the birth of her baby daughter Alexis Olympia in September.

"There's been a lot of ups and downs in the practice," Williams told reporters. "It also gives me another view, it's almost relaxing for me as I have nothing to prove. Again, just fighting against all odds to be out there again, to be competing again."

Some of that struggle was apparent during an exhibition match in Abu Dhabi in December, where she lost to French Open Champion Jelena Ostapenko.

Williams was beaten in straight sets and appeared a little slow on her feet, even as she played some fine shots.

She had initially targeted last month's Australian Open crown for a defense of her 2017 crown, but abandoned that goal after declaring she was not "where I personally want to be."

Perhaps wary of setting another ambitious target, Williams refused to be drawn on whether she had set her sights on the year's remaining Grand Slams -- the French Open, Wimbledon and US Open.

For now, she appears to be easing her way in and was not named as the United States' first or second singles player in a powerful US team that includes elder sister Venus, world number 17 CoCo Vandeweghe and world number 62 Lauren Davis.

That means she isn't scheduled to play in either of the singles matches on Saturday which are followed by reverse singles on Sunday -- though team captain Kathy Rinaldi did not rule out a change on the second day.

"As far as the lineup, we have the lineup set for tomorrow, then of course we'll wait and see how tomorrow goes, then we'll make our adjustments, if any," she said.

Williams' comeback run comes as another titan of the sport -- Roger Federer -- is enjoying a late-career resurgence, also aged 36.

With three singles Slam titles over the past two years, Federer is now intent on reclaiming his world number one ranking, and becoming the oldest man to do so.

"I don't know any tennis player that has not been inspired by him. I definitely have. Yeah, just trekking on, we keep doing the same thing."

While Williams is bidding to emulate Margaret Court, Evonne Goolagong and Kim Clijsters in winning a Grand Slam title after having a child, she acknowledged the path had not been straightforward and credited her sister with making it possible.

"I have a great partner and relationship with Venus. She's been really, really positive," she said.

"There's moments that have just been hard, getting back out there doing it every day. You have to get used to that, get in the rhythm of that."

Also credited for a newfound sense of zen was her family life with baby Alexis and husband Alexis Ohanian, the co-founder of Reddit whom she wed in November.

"It's probably been the most fun of my life," she said.

And though she insists she has nothing left to prove, one professional goal eludes her -- Margaret Court's all-time record for Slam singles titles of 24.

"It goes unsaid 25 is obviously something that I would love, but I'd hate to limit myself," she joked.