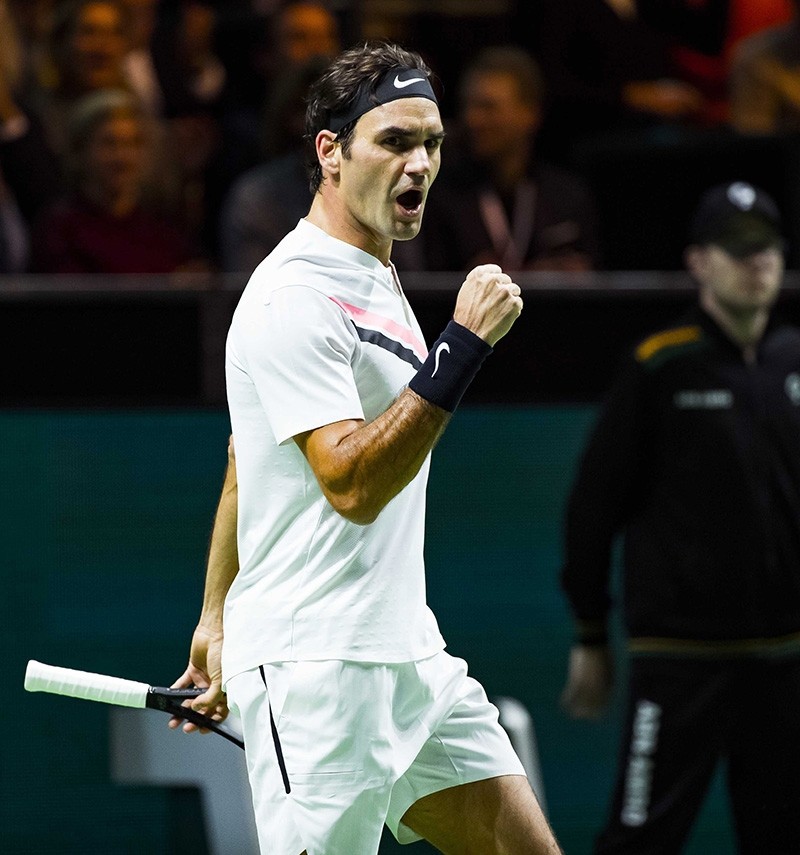 Roger Federer of Switzerland in action against Robin Haase of the Netherlands during their second round match of the ABN AMRO World Tennis Tournament in Rotterdam, Netherlands, Feb. 16, 2018. (EPA Photo)
by Compiled from Wire Services Feb 16, 2018 12:00 am

Roger Federer became the oldest world number one on Friday when the 20-time Grand Slam title winner reached the semi-finals of the Rotterdam Open.

The 36-year-old Swiss overcame an early setback to beat Robin Haase of the Netherlands 4-6, 6-1, 6-1 and will replace old rival Rafael Nadal at the top of the rankings.

Federer surpasses Andre Agassi, who held the top spot aged 33 years and 131 days in 2003, as the oldest man to claim the world number one spot.

It is Federer's first time back at the summit since October 2012 having first claimed the top position in February 2004.

American Andre Agassi was the previous oldest player to be ranked world number one having achieved it, aged 33, in 2003.