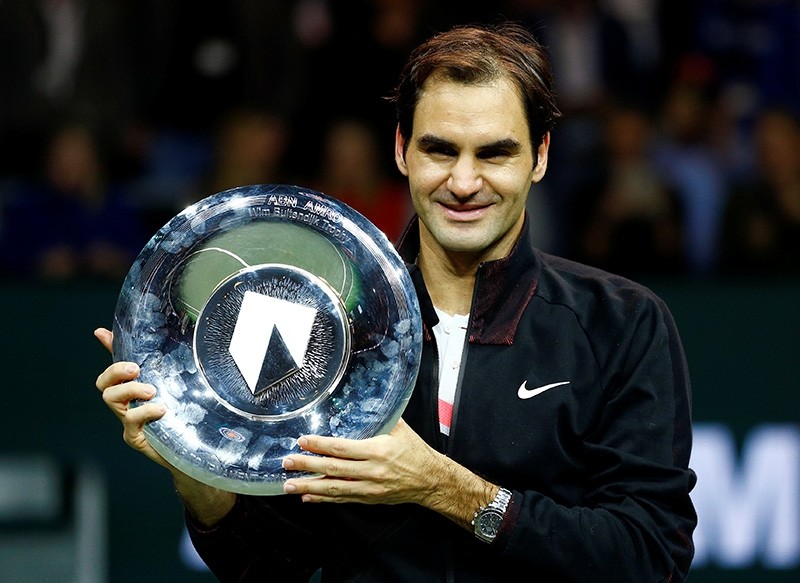 Roger Federer of Switzerland holds the trophy after winning against Grigor Dimitrov of Bulgaria. (Reuters Photo)
by Feb 18, 2018 12:00 am

Roger Federer celebrated his impending return to the top of the world rankings by winning the Rotterdam Open on Sunday, his 97th title.

The 36-year-old, the oldest Association of Tennis Professionals (ATP) number one in history, thrashed Bulgarian Grigor Dimitrov 6-2, 6-2 in a one-sided final.

In the Open era, only American Jimmy Connors has won more titles than Swiss master Federer, with 109.

Federer, the record 20-time Grand Slam winner, will retake the number one ranking he last held in October 2012 when the official ATP rankings are published on Monday.

He has played two tournaments this year and won both -- the other being January's Australian Open.

He is three years older than American Andre Agassi was when previously holding the record for oldest No.1 back in 2003.

This was his third victory in Rotterdam following successes in 2005 and 2012.