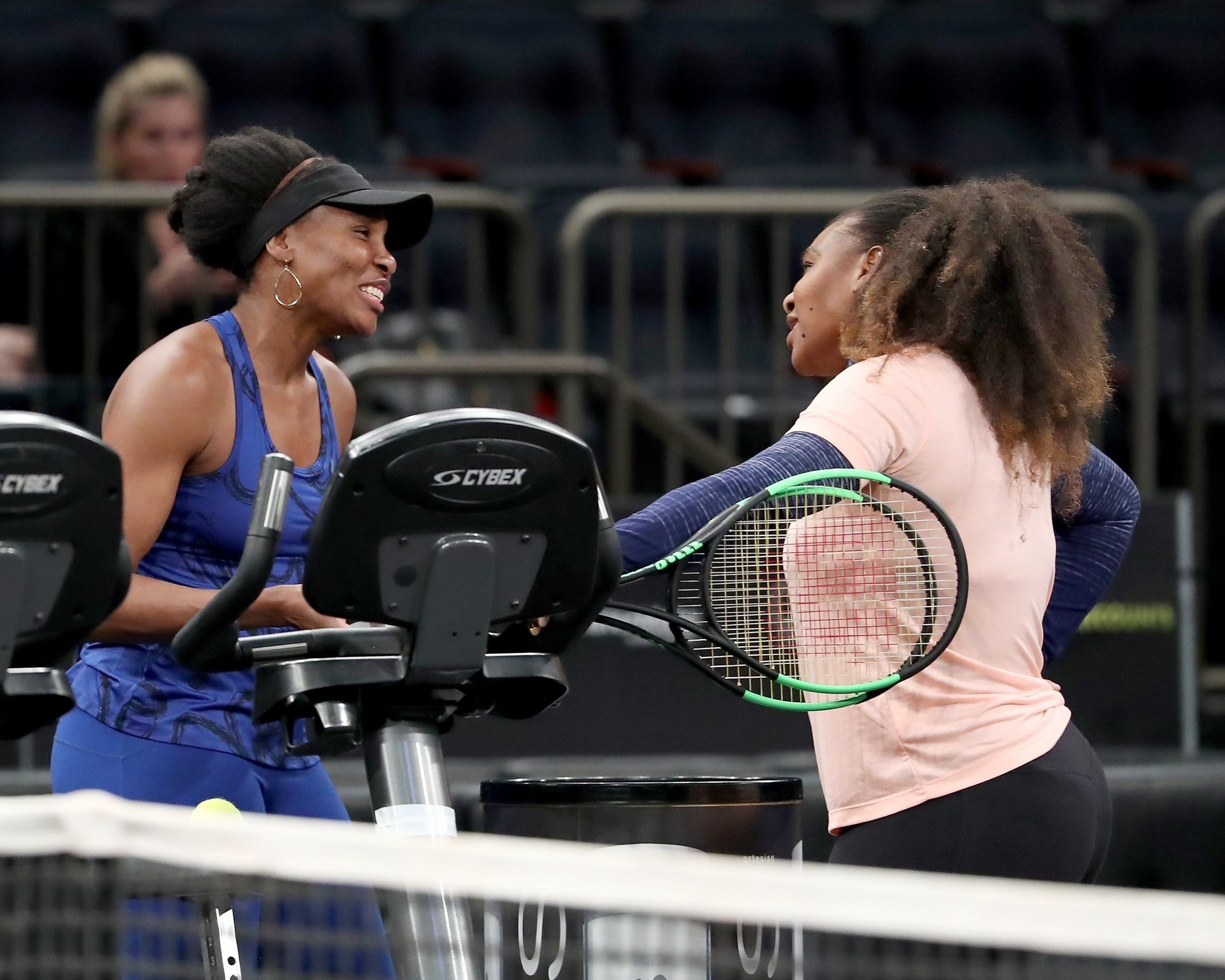 Evertonu2019s Turkish striker Cenk Tosun celebrates scoring his teamu2019s second goal during the English Premier League football match between Everton and Brighton and Hove Albion at Goodison Park in Liverpool.
by Mar 12, 2018 12:00 am

Serena Williams continued her comeback six months after giving birth, as Roger Federer was stopped in his tracks by some freak weather on Saturday at the Indian Wells Masters. Williams, 36, dispatched her second straight opponent as she steps out on the Tour for the first time in more than a year, beating Kiki Bertens 7-6 (7-5), 7-5 in the Californian desert.

"I'm getting there but I have a long way to go," Williams said after her match. "It definitely felt better than the first round.

"But I call this a trial run, like a trial run of travelling with the baby; all of this is just so new to me."

The Williams sisters will now meet in the third round, with the pair last facing off in the final of the 2017 Australian Open - the last event for then pregnant Serena - who also won that title over her sister. In 2001, the two had been scheduled for what turned into a controversial semi-final at Indian Wells' Tennis Garden which ended in a walkover for Serena when Venus could not play due to injury. "She's playing really well and just honing her game. When she's missing, it's not by much," Venus said of Serena. "Obviously I have to play better than her and see how the match goes. "She looks like she never lost a step. I'm really just trying to see what happens. That's it.