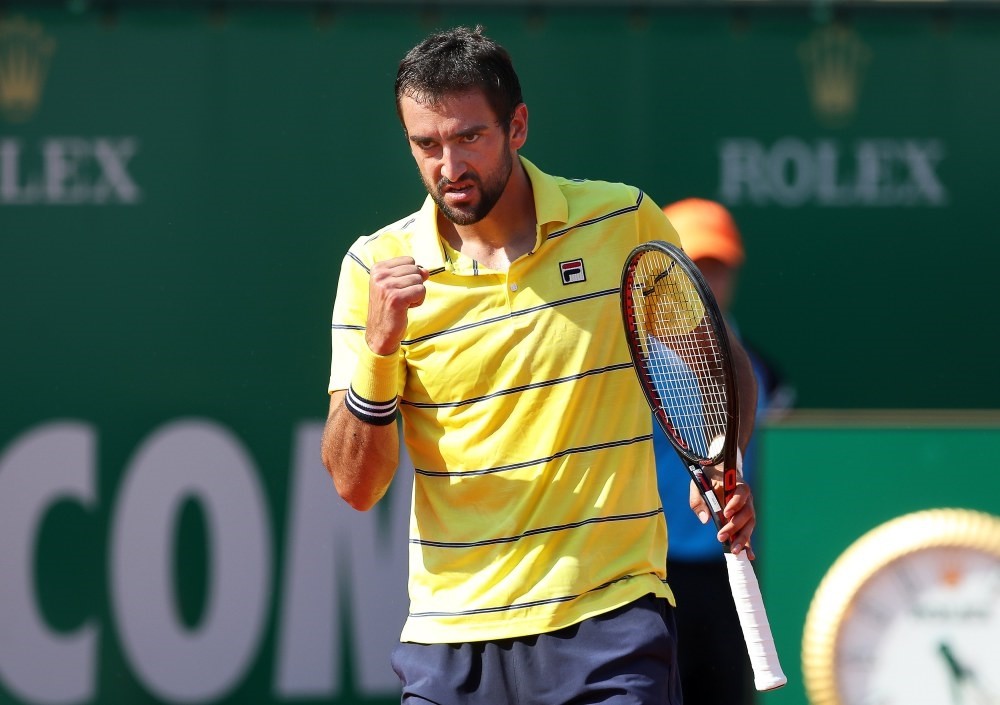 World's third ranking tennis player Crotian Marin Cilic will play in Istanbul Open which will end May 6.
by Daily Sabah with Reuters May 01, 2018 12:00 am

The 4th TEB BNP Paribas Istanbul Open 2018 kicked off at Istanbul's Koza World of Sports Arena yesterday. A men's ATP 250 Series tennis event, it is being held in Istanbul since 2015. The inaugural tournament was held from April 27 to May 3, 2015, at the same venue, which has since been developed as one of the world's largest tennis academies. The center court features a retractable roof and provides seating for 7,500 spectators. Two other clay courts raise available seating to 9,500.

World No. 3, Croatian Marin Cilic will play in the tournament that ends on May 6.

Meanwhile, France's Pauline Parmentier ended a decade-long wait for a WTA title as she battled past Polona Hercog 6-4 3-6 6-3 in the Istanbul Cup final on Sunday. Parmentier, who last won a title at Bad Gastein, Austria in 2008, needed two hours 13 minutes to defeat a determined Hercog in the claycourt tournament. Slovenia's Hercog fired 26 winners to Parmentier's seven but the world number 75 also made 34 unforced errors to allow her opponent to make it three wins in three career finals.

"This is just awesome. It was a perfect week," world number 122 Parmentier said. "I didn't expect to be here today and to have the trophy." Hercog had beaten Parmentier in three sets in their only previous meeting in Bogota in 2011. The 27-year-old did well to level the match at one set apiece after losing the first set but had no answers to Parmentier's powerful play late in the decider.

"I'm a bit disappointed today but we did a great job this week," Hercog said.