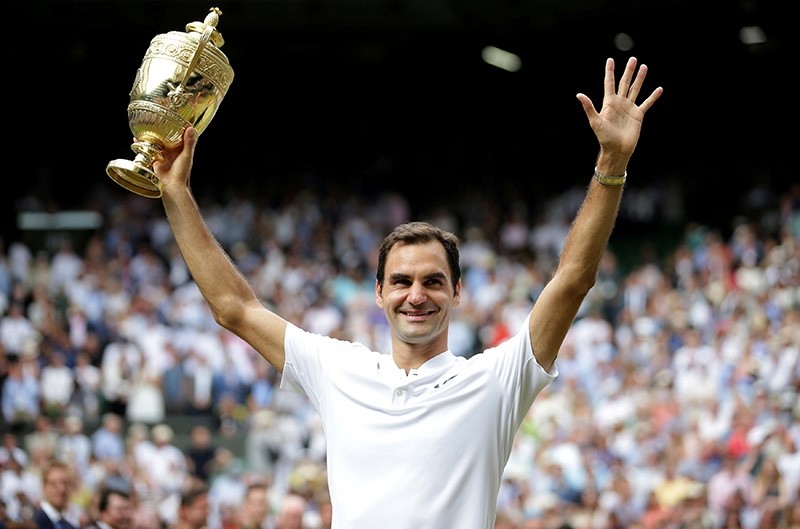 Switzerlandu2019s Roger Federer poses with the trophy as he celebrates winning the 2017 Wimbledon final against Croatiau2019s Marin Cilic. (Reuters Photo)
by Compiled from Wire Services May 01, 2018 12:00 am

The winners of the singles titles at Wimbledon will each receive about $3 million as part of a 7.6 percent increase in the total prize money at this year's tournament.

The All England Club says the total prize fund will be 34 million pounds ($46.5 million).

First-round losers will receive 39,000 pounds ($53,000), but they may have to forfeit their prize money if they retire from the match or perform "below professional standards."

Injured players will receive 50 percent of their first-round prize money if they withdraw on site by the Thursday before the start of play. An injured player's replacement would take the other 50 percent.

The prize money eclipses the 55 million Australian dollars ($41.32 million) paid out at January's first grand slam of the year in Melbourne, but at current exchange rates is just shy of the 39.2 million Euros ($47.18 million) on offer at the French Open starting later this month.

The U.S. Open, the final grand slam of the tennis calendar starting in August, is yet to announce its prize money.

Wimbledon, the only grand slam event to be played on grass, will take place from July 2-15.