Turkey's Yankı Erel was 'sure' of Wimbledon crown 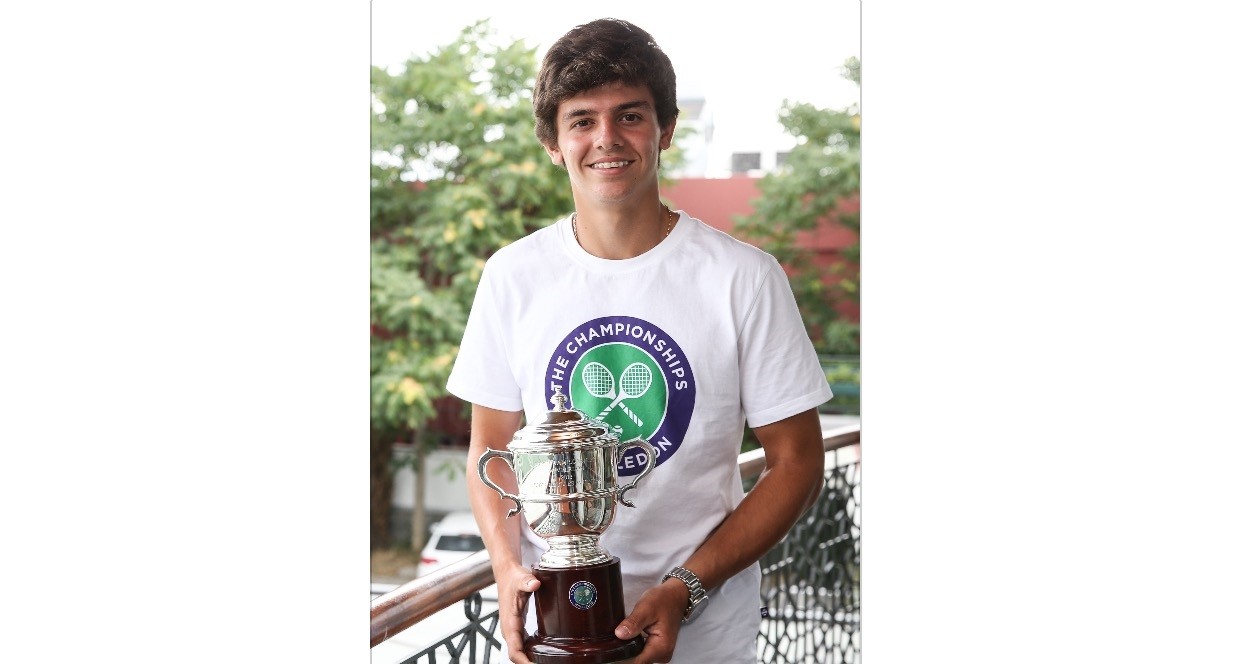 Yankı Erel, the Turkish whiz kid who clinched the boys' doubles title with his Finnish partner at Wimbledon this Sunday, said he was sure of their success in the tournament. Speaking to the media in Istanbul, Erel said, "We played hard. After the quarterfinal, we believed we could win the next game and go on to win the final."

Erel and his Finnish partner Otto Virtanen won the boys' doubles title in the junior's category at Wimbledon on Sunday. Erel and Virtanen played against Colombian Nicolas Mejia and Czech Ondrej Styler in the final in London. In the nearly 90-minute competition, they beat their rivals 7-6, 6-4. The victory made Erel the first Turkish male tennis player to win a Grand Slam in the junior's category. Erel said he started playing tennis at the age of 6.

"My mother and father also played tennis. With their encouragement, I also got interested in tennis. I started learning tennis at summer school," he said.

"He made it in the junior's category. He'll also be a champion in the adults [category]. We're proud of him," he said.

Erel's trainer Nika Kakulia told reporters how happy he was of Erel's success at Wimbledon.

"It's a great honor for me," Kakulia said.

"We have made great sacrifices. Yankı played very hard. I was always with him. I congratulate him from my heart," he added.

Yankı is set to play at the U.S. Open later this month.