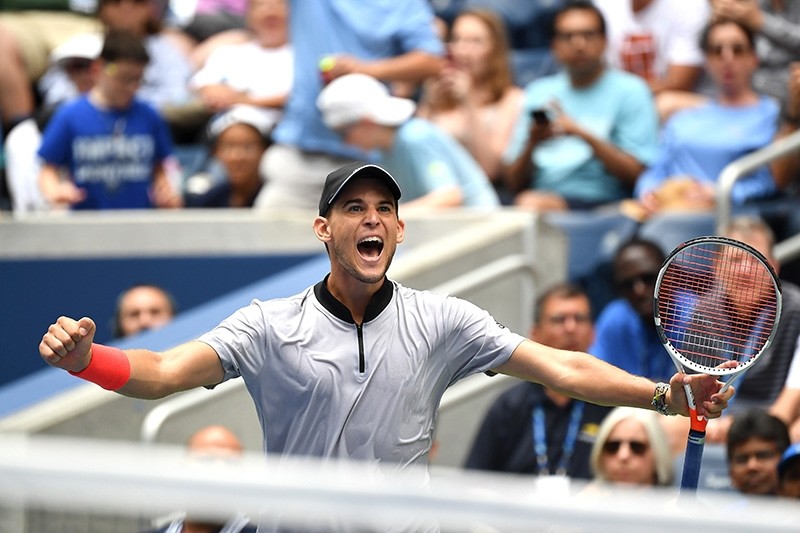 Thiem, this year's French Open runner-up, neutralized the 6-foot-8 Anderson's blistering serve by standing far beyond the baseline and he chased down everything the South African could throw at him.

The Austrian played a near flawless match, dropping just four points on his first serve and firing 42 winners.

"One of my best matches ever," Thiem said of his dazzling performance in an on-court interview, calling his quarter-final berth "a dream coming true."

Thiem told reporters that his positioning on the court inside the newly-built Louis Armstrong Stadium was critical.

"The court, I think, made a big difference. It's a huge court. I could go very far back like I do on clay usually. So there were some good advantages for me today," Thiem said.

"I also played really safe from the baseline, which is also a big part of the performance today. But against him, still, the most important is to put as many balls back into play as possible."

Fifth-seed Anderson had won all six previous hardcourt meetings against Thiem but on Sunday he struggled to get his legs moving against his younger opponent.

Having survived two five-set thrillers to reach the fourth round, Wimbledon runner-up Anderson ran out of steam and bowed out tamely.

"It's disappointing. I wanted to be here right till the end and put myself in contention of winning my first major. It wasn't meant to be," Anderson told reporters.

"It was definitely Dom's day today. He played a great match."

Thiem will next play either world number one Rafael Nadal or Nikoloz Basilashvili.